Man convicted of murder in I-70 chase, shooting 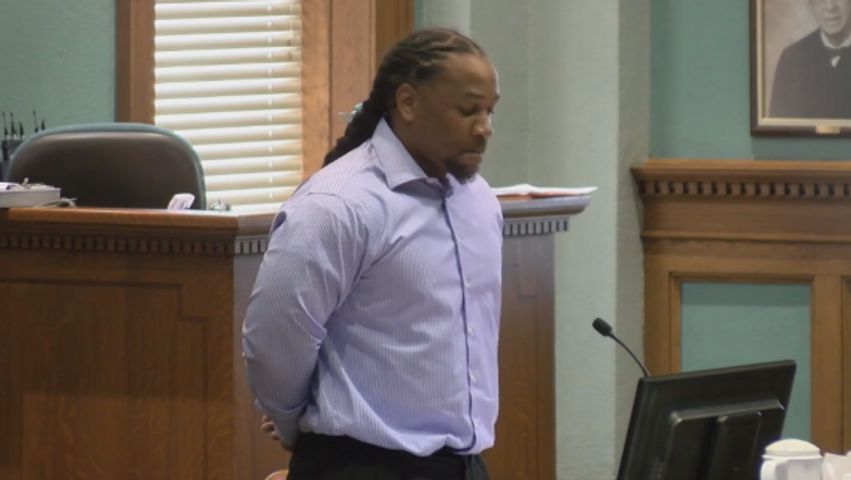 Boone County Prosecutor Daniel Knight said, "He committed this extremely violent crime here and for all those reasons the defendant needs to go to the penitentiary for as long as we send him."

The case stems from a shooting in 2017 that killed 25-year-old Quenten Hurt at the I-70 and Highway 63 connector.

The driver, Chelsey Hyde, was shot three times, but survived. Investigators said she had an intimate relationship with Crawley prior to the incident.

She is a key eyewitness in the case, but defense attorneys say her story has been "inconsistent," and has changed crucial details over time.

Surveillance video from inside and outside MetroPCS showed a black sedan following Hyde's suburban out of the parking lot after Crawley and Hurt saw each other inside.
Prosecutors say Crawley was a passenger in that black sedan, which chased Hyde and Hurt down Business Loop 70 until shots were fired.
The prosecution brought more than a dozen witnesses to testify.
Ben White, investigator for the Boone County Prosecutor's Office, says the shooter was "definitely in the passenger seat of the car."
Katie Cocoran, a criminalist at Missouri Highway Patrol, tested Crawley's shirt for evidence. She said there were confirmed traces of gunpowder. However, she also said the residue could have been transferred from another person or even a surface.
After the prosecution rested its case, the defense called only two witnesses, Hyde and White.
Jurors listened to a recording of Hyde's initial  statement, where she identifies the shooter as Crawley. However, during her testimony on Wednesday, she said that statement was not true and invalid since she was on such strong medication at the time.
Hyde said Hurt told her the shooter was Crawley and she knew in her gut it was true, but never actually saw Crawley.
"Only thing I could see was an arm and a gun," Hyde said.
Hyde also said she felt threatened and coerced by the prosecutor's office, specifically White, which is why she hired a lawyer for herself, Stephen Wyse.
Wyse said, "How it should weigh out is what matters is what she saw and what she heard, not what she knows from what somebody else told her but that's not what always happens in a court of law."
He said it is up to the jury to decide if Hyde's testimony will determine Crawley's fate.
The trial will continue at 9 a.m. on Thursday and is scheduled to wrap up at noon.