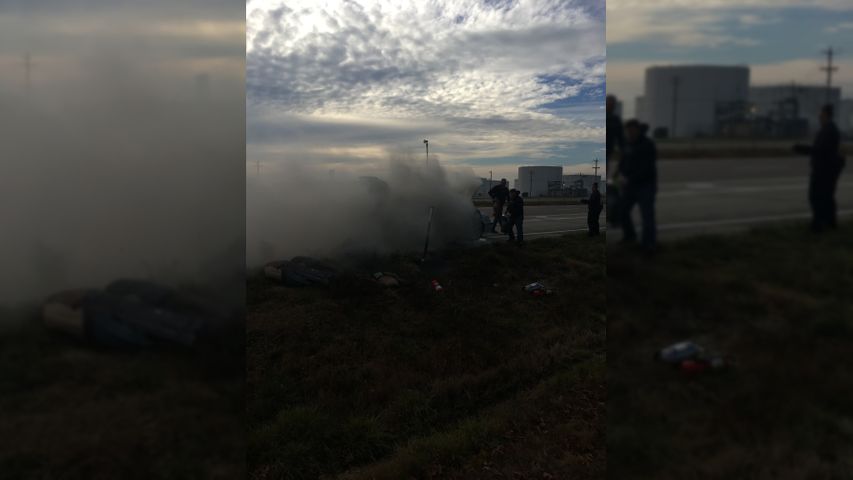 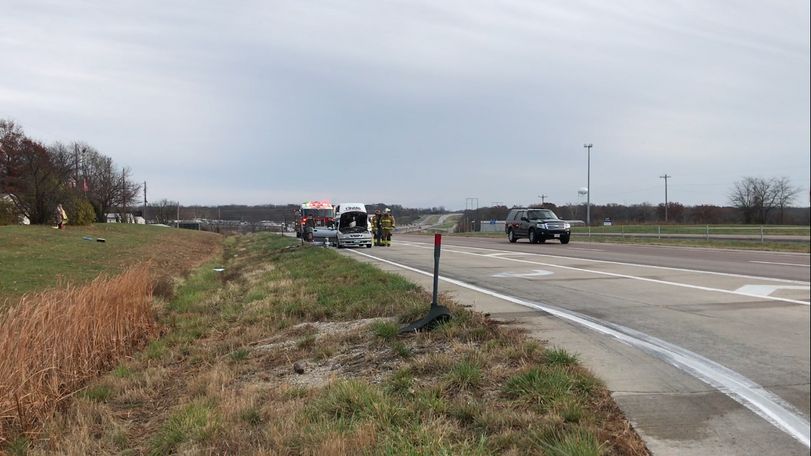 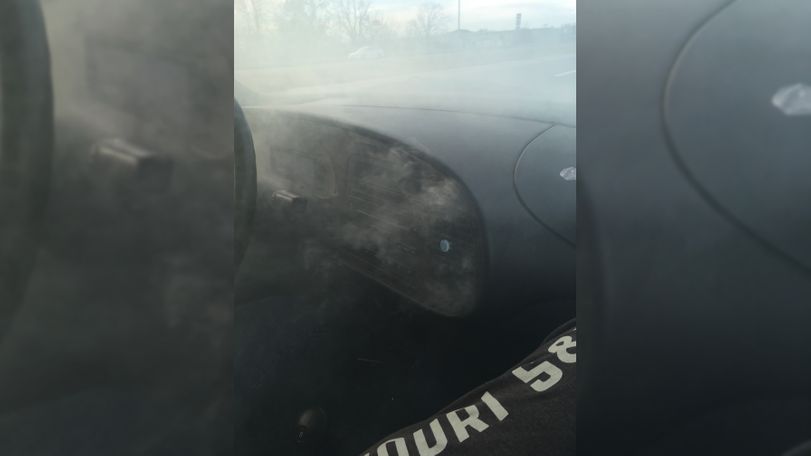 BOONE COUNTY - A 19-year-old college freshman was driving home for Thanksgiving break Saturday when a tire on his car caught fire. A man driving a Cintas car full of fire extinguishers was behind the college student and his family.

Stephen Yates and his family were heading to Kingston from Missouri University of Science and Technology in Rolla when the tire caught fire around 3 p.m. on Highway 63 near Old Millers Road in Boone County.

"There were no signs when suddenly white smoke started coming out of the air conditioner," Yates said. "And it just got more thick and more thick."

Matt Senevey, who was taking his Cintas fire protection car to get a tire changed, was behind the Yates family's car and saw what happened.

Seveney had 50 to 60 fire extinguishers in his car.

"I just jumped out and used my fire extinguishers to help put out the fire," said Seveney.

Seveney used two to three fire extinguishers to put out the fire.

"I saw this car smoking, and I just pulled up behind it and they were jumping out of the car," Seveney said. "It wouldn't be right if I didn't stop, and so I just jumped out and just used my fire extinguishers to help put out the fire."

A tow truck later towed the car away. Yates said no one in his family was injured. He said he was not sure what caused the fire.