Man Hit by Car Still Plans to Run a Marathon 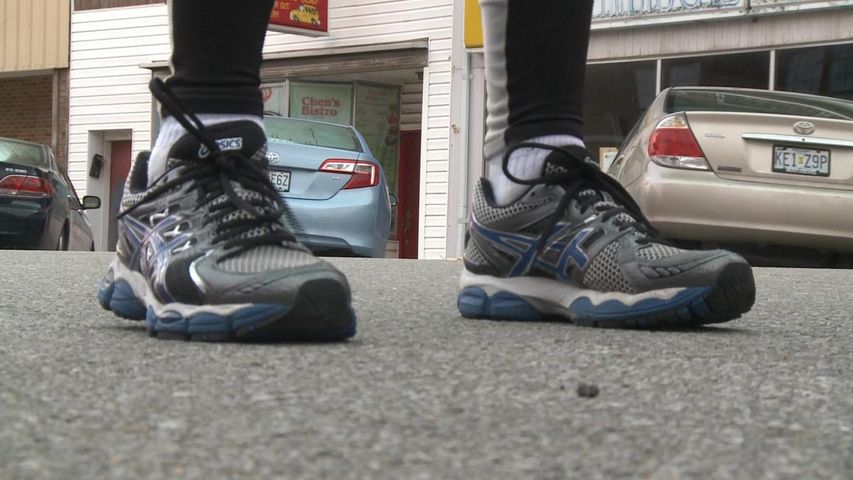 MOBERLY - For the last year, Eric Breusch has trained by making himself run farther and faster, even when his body wants to quit.

"It takes a lot of persistance and a lot of mental toughness," Breusch said.

He started by running a mile with his daughter, Hailey. Not long after he decided he wanted to run a marathon.

"When you run that far, you feel like you can overcome anything," Breusch said.

That confidence, that he can overcome whatever life throws at him, will be important in the coming months, because he never made it to the first marathon he planned to run.

Just weeks before his big race, a car hit Breusch during a training run. His family says first responders told them Breusch went through the windshield, from the outside in.

"I don't know how far I got or anything, I don't remember anything about it," Breusch said.

He can't remember the days after the accident, but his daughter Hailey remembers every excrutiating second sitting in the hospital waiting room. Doctors told Hailey her dad was unconcious with a brain bleed and several broken bones.

"You never ever want to see someone that you love go through something that horrible and just not even recognizing them as your loved one," she said. "It's so mind blowing, and my brother and I were having that mindset that this was the last time we were gonna see our dad."

After a while, Breusch managed to squeeze his daughters hand. Later, he opened his eyes.

"When I first woke up I couldn't move anything," he said. "It was almost like I was paralyzed. I couldn't move my arms, legs, and that was probably the hardest part because I just didn't know what was going to happen."

Since then, doctors have said they do think he will be able to walk again. Breusch said he will run again, but it will be a long and expensive process.

Several people from his home town of Moberly have shown their support through different benefits, such as the Fighter 5K. Saturday, another group will hold a dinner and auction to raise money. The event starts at 3:30 p.m. at 1408 N. Morley Street in Moberly.

More than a month after the accident Breusch is still making progress in physical therapy. He said it's a lot like training for a marathon because he's pushing himself to do a little more every day.

After everything he's been through no one would blame him if he changed his mind about that marathon, but Breusch is more determined than ever. No matter how long is takes him, his goal is still 26.2 miles.

"I'll be running alongside him on the sidelines and pushing him. It's gonna be the proudest moment of my life, that's for sure. I can't wait," Hailey Breusch said.

Eric Breusch says he's confident he will cross the finish line eventually, because he knows a race like that is only partly physical. It's also mental and emotional, and in those ways, he feels stronger than ever.

"Just never give up. Whatever happens fight through it because it'll get better," Breusch said.