Man in Moniteau County charged with murder of an infant 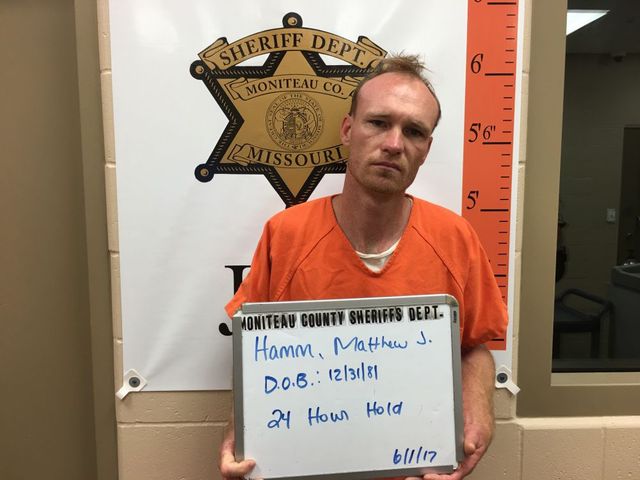 FORTUNA- A Fortuna resident is in the Moniteau County Jail after the sheriff’s department found the remains of an infant at his address.

Matthew Hamm is being charged with first degree murder and abandonment of a corpse.

The mother of the child reported that she believed Hamm killed the child.

Moniteau County Sheriff’s Office then executed a search warrant where they found burned skeletal remains consistent with the body size of the child according to the probable cause statement.

Moniteau County Sheriff Tony Wheatley helped launch the investigation after the phone call, but the process is never easy.

“It hits the deputies hard. Me especially. You see this day in, day out, with reports of children being abused, assaulted, or involved in a bad situation. It hits all of us pretty hard,” Wheatley said.

According to the probable cause statement, Hamm claimed “the child had choked and died and that he didn’t know what to do so he decided to burn the body.”

“Hamm at no time called and notified law enforcement of the death of his son, but instead burned the body and concealed the remains on his property.”

Linda Ruesing, a neighbor of Hamm, says she doesn’t understand how something like this could happen so close to her.

The first autopsy is being performed Friday at University of Missouri hospital. The possible cause of death and identity of the child is not officially confirmed yet.