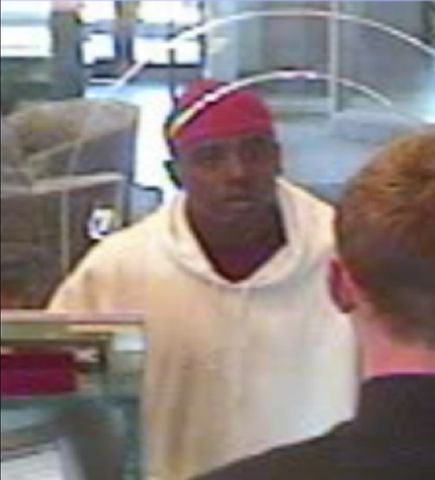 COLUMBIA - Police responded to a call at the Landmark Bank off Paris Road in Columbia around 1:00 p.m. Tuesday afternoon.

A man walked into the bank and handed the teller a note demanding money. After the teller handed him the money he fled on foot heading southeast of the bank.

The man did not display a weapon, no shots were fired and no one was injured during the robbery. Detectives are still investigating the robbery and will take a dog through the area to try to track down the suspect.

The suspect is described as a black male in his early 20s, approximately five-foot-six to five-foot-seven with a thin build, wearing light-colored clothing and a do-rag on his head.

If anyone has any information about this robbery or saw anything suspicious during the time of the robbery please contact the Columbia Police Department or Crime Stoppers at 875-TIPS.