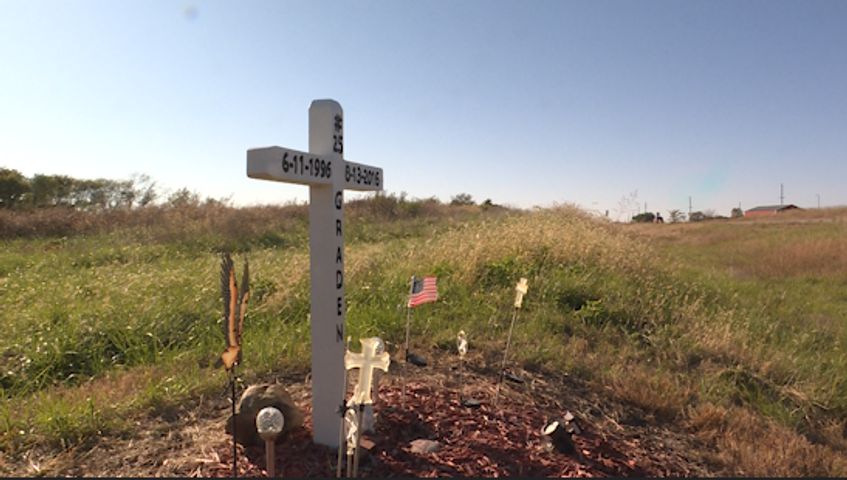 CALIFORNIA - A man heard his sentence on Friday after killing a 20-year-old three years ago for drunk driving.

Joshua Blankenship pleaded guilty to involuntary manslaughter, after getting into a car crash on August 13, 2016 that killed Graden Lovelace.

According to Blankenship, he got drunk at two bars in Jefferson City. He said he then decided to drive above the speed limit. He crashed with Lovelace in an intersection of Highway 50.

The state of Missouri charged Blankenship with first degree involuntary manslaughter. Blankenship has been on probation for the past three years. The judge sentenced Blankenship to seven years in prison on Friday. After completing his sentence, Blankenship is ordered to not step foot in a business that has the main goal of selling alcohol.

Graden Lovelace's father, James Lovelace, said it took the family three years of going from court to court for a judge to sentence Blankenship.

"Next thing you know, three years have gone by," James Lovelace said.

James Lovelace said even though he's glad the sentence is over, he decided not to make Blankenship's time in prison his main concern.

"I'm also sorry for Blankenship's parents and for him," James Lovelace said. "Because they're going to have to spend that time away from their son."

James Lovelace father, Don Lovelace, said the court did all it could.

"In my opinion, there is no real justice for death, but I think they've done as good as they can do," Don Lovelace said.

KOMU 8 News reached out to Blankenship's attorney, but she said she did not want to comment on the case.