Man suffers only minor injuries after car flipped and totaled 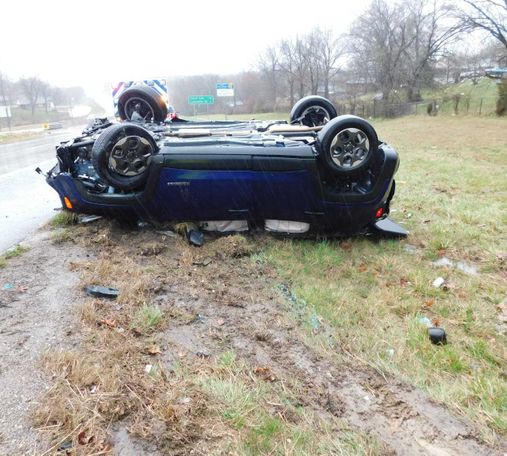 JEFFERSON CITY - A 20-year-old man sustained only minor injuries after a car accident in Jefferson City.

Jefferson City Police Officers, Jefferson City Fire Fighters and Cole County EMS personnel responded to a single vehicle rollover crash in the 1700 block of the westbound lanes of US 50/63 on Thursday morning.

There they found a blue Jeep Renegade was on its roof facing South.

The driver had exited the Jeep prior to emergency personnel arriving on the scene and explained that he was driving westbound on US 50/63 when his vehicle then began to fishtail on the wet pavement.

He reported that he went off the right side of the road and hit a rock embankment.

Immediately following the impact with the embankment, his Jeep overturned. The driver reported that he was wearing his seat belt and sustained minor injuries.

Cole County EMS treated the man at the scene.