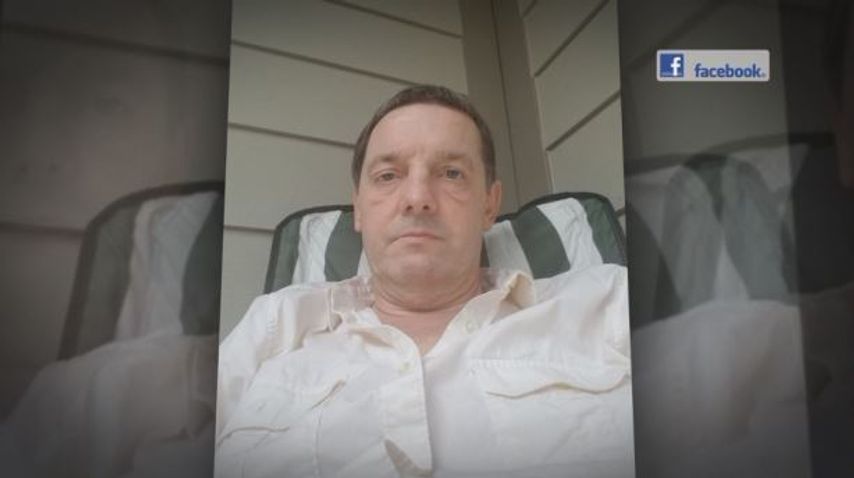 JEFFERSON CITY - The man tied to a fatal May shooting in Columbia will remain in federal custody while he waits for his trial on gun charges.

Ricky Gurley pleaded not guilty in a federal courtroom Tuesday to illegally possessing a shotgun between April 2016 and May 2017.

On May 22, Cameron Caruthers entered Gurley's home on Dawn Ridge Road in Columbia. According to witnesses, Gurley shot and killed the 28-year-old, claiming self-defense.

Gurley, who was convicted of a felony in North Carolina in 1997, was not legally allowed to have a gun. Several sworn affidavits to police said he had at least one. He was indicted earlier this month on federal gun charges.

Troy Stabenow, the public defender representing Gurley, said Tuesday Gurley's use of the gun in May was evidence he only had the gun in order to defend himself.

Larry Miller, the federal prosecutor on the case, had a different take.

"An individual was shot and killed based upon the fact that Mr. Gurley was in possession of a firearm, a firearm that he should not have possessed," Miller said.

Miller argued that Gurley's long and troubling criminal history was reason to keep him behind bars awaiting trial.

"This isn't someone who's never had an issue and they just happened to have a gun on them that one day," Miller said.

KOMU 8 News has done several reports on Gurley's past, which includes alleged serial stalking and harassment, hacking and threats.

"There's no indication that he's out threatening anybody or trying to harm anybody," Stabenow said.

Jason Sutton disagrees. He's a bail bondsman who was at Gurley's arraignment Tuesday. He said Gurley asked him to revoke the bond on a woman he had been dating. When Sutton refused, he said Gurley began harassing him.

"Mr. Gurley begged me to come to his house," Sutton said. "He told me he would leave the door open for me. I had nothing to be in fear of, come over to his house and talk to him. I 100 percent believe if I would've ever went to Mr. Gurley's house, it would've been me who was shot that day and not Cameron Caruthers."

Gurley wrote a lengthy blog post about Sutton in August. In the post, Gurley talks about Sutton's criminal history, and includes a recording that Gurley claims is Sutton threatening him.

But Sutton isn't the only one who accuses Gurley of harassment.

According to a 2013 protection order, Gurley stalked and harassed a woman who used to work for him. She said, at one point, he called her 13-year-old son's cell phone and said, "You're gonna die broke, b****."

Gurley is accused, on numerous occasions, of threatening to hurt people or ruin people's lives. Court documents unrelated to Tuesday's arraignment included archived emails which were strewn with offensive words and vague threats.

Judge Willie Epps, who presided over Gurley's arraignment Tuesday, delayed the start of the hearing to review three letters advocating for Gurley's detainment. He said two of the letters were written by individuals. The other was signed by several community members, Epps said.

Gurley's trial was set for January. Stabenow, Gurley's attorney, said he would ask to delay the trial in order to have more time to prepare.