Man to Run Heart of America Marathon in Suit and Tie 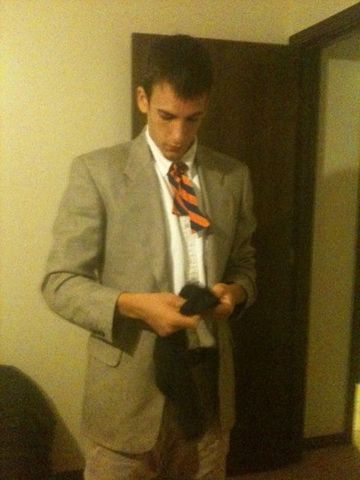 COLUMBIA - University of Missouri graduate student Steven Mankofsky, 22, plans to run Heart of America marathon wearing a suit and tie Monday. He wants the outfit to raise awareness for fundraising efforts for the Food Bank for Central and Northeast Missouri. Mankofsky wants to break the world record of running a marathon in a suit currently held by an Irishman. The record is three hours, 24 minutes 46 seconds.

Mankofsky said he will need to shave 12 minutes off of his last marathon time to reach this goal. He said he has raised enough money to fund about 44,000 meals for the food bank so far, and donations will continue coming in for the next two weeks. The race will start at the Hearnes Center on the MU campus. Mankofsky has also been training for the marathon on Stankowski Field in his full suit.