Man walking across country to raise money for children's cancer 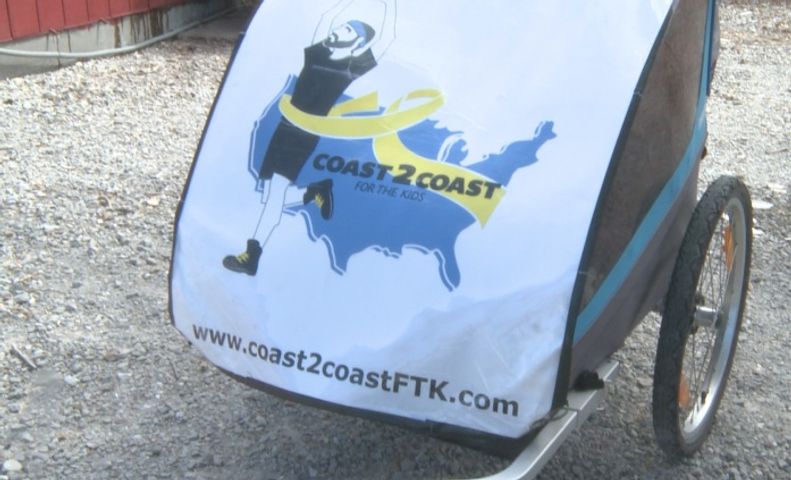 SYRACUSE - A Philidelphia man is walking across the country to raise money for pediatric cancer.

Norman Horn is 30-years-old and has spent more than 10 years of his life working with children and families dealing with pediatric cancer. Horn, a Penn State graduate, worked closely with the university's Dance Marathon program and the Hershey Four Diamond's Fund to raise money for the Penn State Hershey Children's Hospital.

Horn started his own non-profit organization "Coast 2 Coast for the Kids" in June 2013. He said all money raised will go to the Four Diamond's Fund. Horn said between event fundraising and online donations, he has raised around $16,000 for cancer research.

Horn said the best part of his effort is meeting new people and raising awareness about childhood cancer. Horn and his team set up meals with restauraunts along the way and networks with friends and family to find homes he can sleep at night.

Horn said he has pushed through numerous injuries, including shin splints, a stress fracture in his left foot, and plantar fasciitis, or inflimation of the tendons in the foot. He said he gets his motivation from the children and families he's raising money for, often making phone calls to pass the time while walking.

Horn said that he chose walking over biking becasue it would be slower and would give him more opportunities to raise money, meet people, and raise awareness.

"I chose to walk becasue it's slower," Horn said. "If I biked I would've been home by now, and I wouldn't have meet so many people or gotten to talk to so many people."

Horn doesn't have any family members dealing with childhood cancer, but says that he doesn't need a relative to do something he's dedicated his life to.

"I do have a direct relationship, just not with a family member," Horn said. "I'm friends with a ton of familis and family members dealing with this. It doesn't make it indirect because we aren't related."