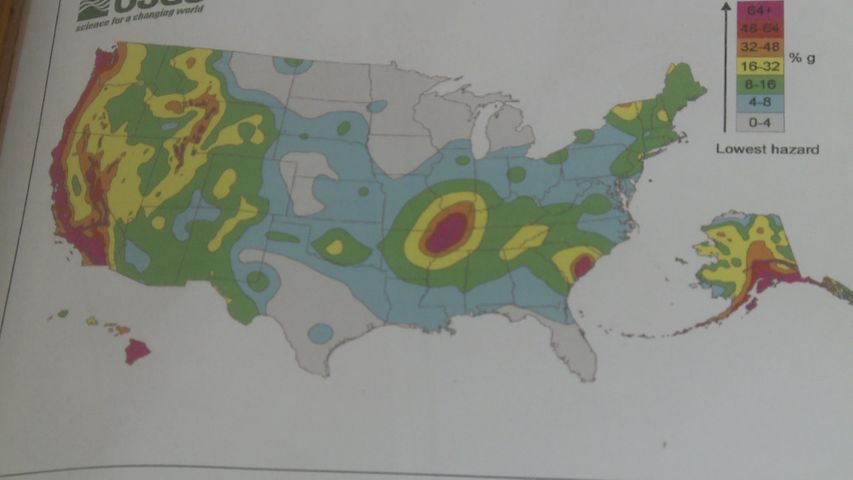 COLUMBIA - Many residents said they did not feel an earthquake that shook parts of Missouri and Southern Illinois Tuesday Morning.

The USGS said people felt the 4.2 magnitude earthquake that was centered in Sullivan, Missouri, as far west as Columbia. Out of 32 people surveyed outside of the Columbia Wal-Mart on Grindstone Tuesday afternoon, not one said they felt the earthquake.

The earthquake was related to the New Madrid Fault zones according to Missouri Geophysics Professor Main Liu. The most famous of those earthquakes happened between 1811 and 1812 when several deadly earthquakes hit the region and sent reported shocks across the country.

Liu said even though Missouri could be at risk because of the New Madrid Fault, about 90 percent of quakes occur where the edge of plates are located. Missouri sits solidly in the middle of the North American plate, which extends as far west as California and as far South as Honduras.

Liu says a major quake caused by the New Madrid Fault would produce significant damage in that area, but not nearly as much in Mid-Missouri.

"We'd probably have some minor structure damage, shattering of glasses and breaking of chimneys," Liu said.

No injuries or damage were reported from the earthquake which struck about 3:10 a.m. on Tuesday morning. Sullivan is about 50 miles southwest of St. Louis.