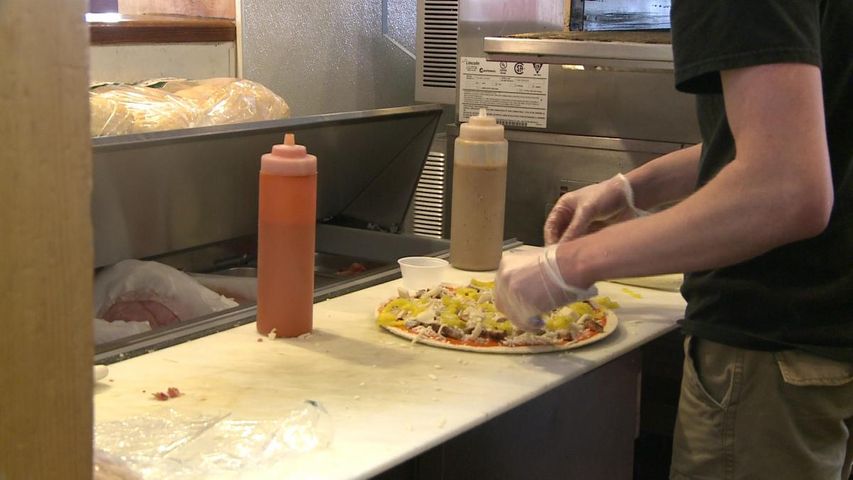 COLUMBIA - A local food delivery business said Thursday they could see a spike in business during the NCAA Basketball Championships, or "March Madness."

The tournament starts Thursday and finishes on Monday, April 2. Teams will participate in 48 total basketball games through this Sunday--all of which will be televised.

Pickleman's Gourmet Café delivers sandwiches, pizza, soups and salads in Columbia. It expects a 20 percent increase in business over the weekend.

"Everyone watches the games, gets food delivered throughout the day, then everybody goes out in night and we're open late, so it works out really well for us," Area Manager Keith Royer said.

Royer said that anytime MU is involved in athletics over a weekend, Pickleman's receives more orders than usual.

To prepare for the increased delivery, Royer doubled the amount of delivery drivers on hand at each Columbia store from three drivers to six.

Alex Duncan has been a delivery driver at Pickleman's since last August. He said this will be his first experience working at the store during "March Madness."

"I'm pretty sure it's going to be pretty busy. It was busy during all of the football games," Duncan said.

Duncan said he plans on trying his best to be in a good mood to get more tips with increased deliveries.