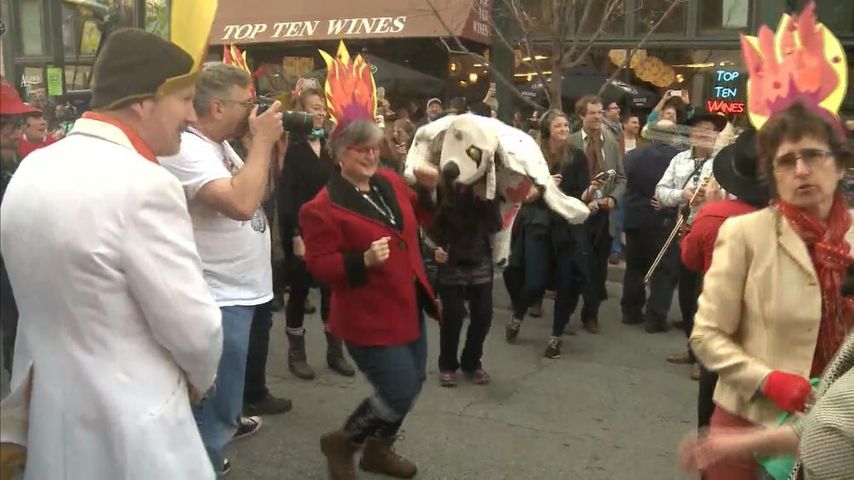 COLUMBIA - The True/False Film Festival kicked off Friday with the March March parade.

People of all ages gathered in a variety of costumes to show their True/False Film Festival spirit.

Following the parade, there was a block party where spectators and parade-walkers alike gathered to celebrate.

Emily Davis is a regular at the festival. She walked in the parade and said she loves the conversations, the films, events and art create for kids and adults.

“I think it’s just  the warmth of the community. you can really feel Columbia’s true nature. You can talk to someone about things you never would’ve known existed and it brings people together," Davis said.

On Friday night, VJ Suave took to the streets on his projection tricycle to ride a parade and have his artwork on walls all through the parade route.

Marotta is in Columbia for the festival. He said he hopes his art makes people look at their everyday surroundings in a different way.

"It's a new way to show art in the streets. With my audiovisual tricycle, I can present my animations to all kind of people. In the streets, I am free to show whatever I like," Marotta said. "I don't depend of a gallery, museums or curator. I use the city as a canvas. I want to give people joy, a new way to see your city and its walls."

Marotta will ride in another show Saturday at 10 p.m.