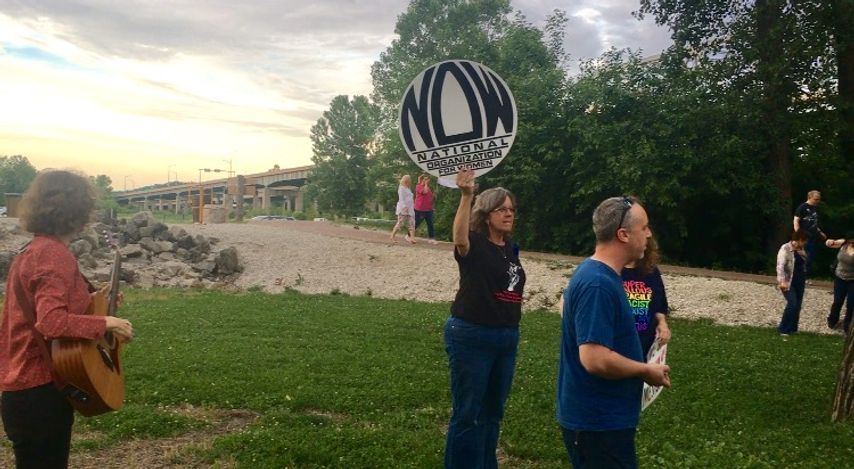 They marched across the Jefferson City Bridge to symbolize crossing over troubled waters, and ended at Noren Access along the Missouri River where groups organized a “Light of Democracy” rally.

Organizer Sara Mangan said this is not just a Democrat versus Republican issue, it's a national problem.

“If there was in fact collusion with a foreign government, that’s treason,” she said. “That is a crime against our country and regardless of how you feel about the president that should alarm every citizen.”

Life coach Larry Brown said as a conservative, he can still relate to other views. He said it's important to be open minded and unbiased.

“I have to say no to people who have a disdain for the truth,” Brown said.

The rally ended with a candlelight vigil. Brown led the crowd in singing “This Land is Our Land” and people released glowing lanterns into the river as a symbol of world peace.