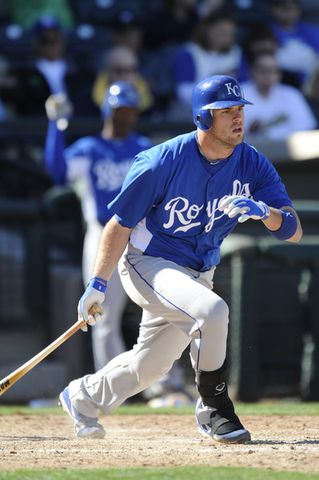 Charlie Furbush (1-4) inherited a bases-loaded, one-out jam in the eighth, but the Mariners reliever calmly retired Mike Moustakas on a lazy popup to shallow right field. Furbush then struck out Alcides Escobar to silence a sellout crowd of 38,475 and keep the game tied 5-all.

Miller's homer off Holland (0-2) came on the fifth pitch of his at-bat, and just skirted the foul pole in right field. Logan Morrison drove in another run later in the ninth.

Fernando Rodney allowed two singles in the ninth, but the veteran bounced back to retire pinch-hitter Nori Aoki on a groundout and Alex Gordon swinging to earn his 19th save.