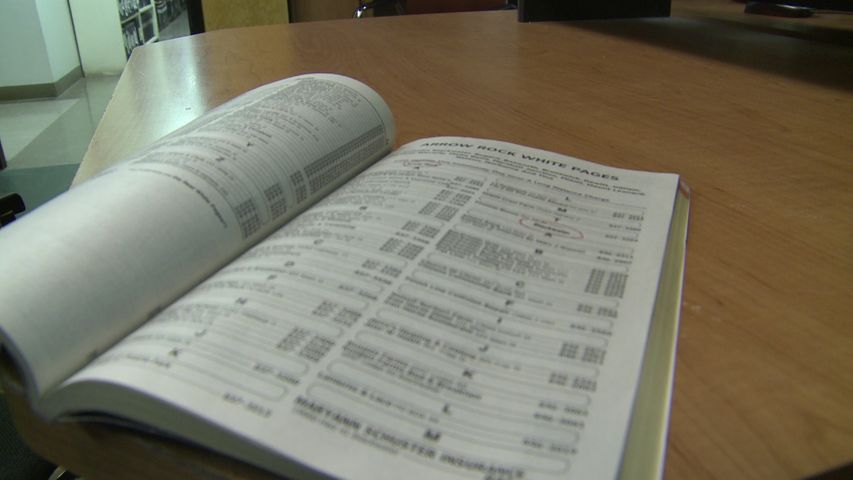 MARSHALL - Some residents in rural Missouri are angry over a phone book they received last week.

One business owner, Ken Skouby, is having a hard time calling those he does business with as a result of the phone book removing names.

"I received my new phone book about a week and a half ago." That's when Skouby noticed the names of individuals living outside of Marshall, Carrollton and Slater were missing.

"None of the individual names were in it, just business names," Skouby said.

Marshall, Carrollton, and Slater names and numbers took up 54 pages. Those in the 15 areas surrounding the three bigger areas received only eight pages combined.

If thumbing through the phone book, it appears that there is no one living in Malta Bend. In addition, there is only one listing for Miami.

Skouby said instead of using the new phone book, he plans to rely on last year's edition which listed the names and phone numbers of people in the surrounding areas.

He continued on to say people should be prepared "keep [their] old phone book," Skouby said.