Masked marathon: Heart of America Marathon takes precautions and goes on as scheduled 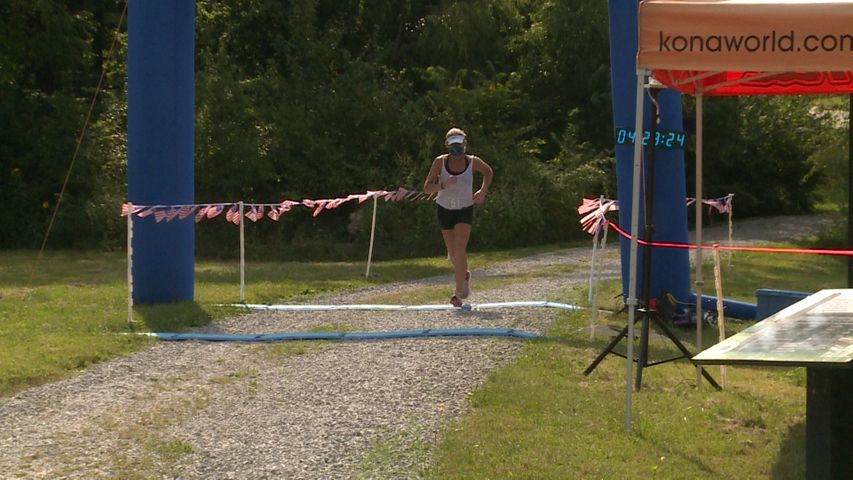 COLUMBIA - While many races around the country went to a virtual format this year, the 61st Annual Heart of America Marathon went on as scheduled Labor Day morning.

The race worked with the city of Columbia and the Boone County Health Department to ensure they had a plan that was safe and in accordance with local regulations.

Runners were spaced 10 feet apart at the starting line and were asked to wear a mask when passing other runners.

There were also no spectators allowed at the finish line and no awards ceremony this year.

St. Louis native Ron Golan was running his 99th marathon today and is no stranger to the Heart of America Marathon.

"I keep coming back, and my wife keeps asking me 'why do you do it again? You've done it a couple of times,'" Golan said. "But it's just fun! I just like it."

Golan said he runs 10 to 12 marathons a year. He was scheduled to run his 100th career marathon back in April, but his 99th and 100th were canceled due to the pandemic.

"Most marathons you have waves that are like hundreds of people [at the start], and this was two at a time," said Golan. "So it was very strange."

Despite all the changes, Golan said he was just happy to have an in-person race. Several races this year, including the Boston Marathon, have been completed virtually.

"I am not a big fan of virtual races," he said. "I actually did one, it was more of a fundraiser, so I signed up just to help some charity. But it's not the same. I really enjoy the fact that [the Heart of America Marathon] is an actual race despite all the issues and the precautions."

The Heart of America Marathon also introduced a new partner this year, the Fisher House Foundation.

Friends of Mid-Missouri Fisher House Board Chair Stephen Gaither said the plan is to build a Fisher House facility on the grounds of the Truman VA Hospital.