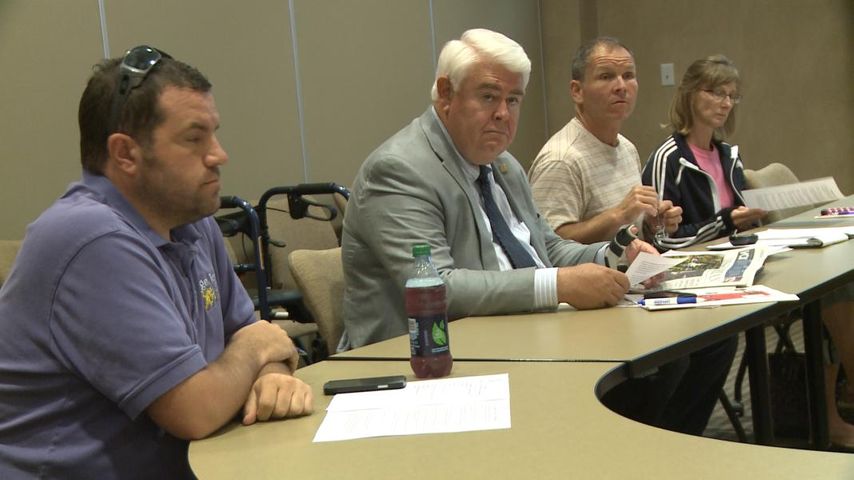 COLUMBIA - The Mayor's Task Force on Community Violence met Thursday to discuss an ordinance proposal that could help former convicts get jobs. The task force is referring to the ordinance as "Ban the Box." It's an effort to eliminate the box on city job applications that asks a person about their criminal history.

The task force created a draft of the ordinance and passed it out at Thursday's meeting. The goal is to assist former convicts with reintegration into the community and work force after their release. David Thomas is a member of the task force and said he believes eliminating the box would help former convicts move further in the application process and prevent discrimination in the work force.

"Many times now, if they check that box they don't get anywhere," Thomas said. "The hope is that people will look at them for what they are, what their capabilities are and how they can contribute to that respective employer."

Chris Haynes is a member of the task force and was previous incarcerated. He said getting rid of the conviction box would make a positive difference for former convicts.

"It seemed like every single time that after I had returned to society and checked the conviction box, there was always some delay or I just wouldn't really get a call back," Haynes said. "I think that it's a big part of how people view those of us that have actually served time. I think it's important that you meet the person. A lot of people have done what they've done. I believe it's important that we think about how people have to support their families. People have a lot of things they have to do and I think if you get rid of that box you see a person as a person rather than his past."

According to the task force, 62 jurisdictions throughout the nation have adopted "Ban the Box" in the past 10 years. Eighteen cities have expanded the ban to private contractors, and four cities to private employers. Kansas City adopted the policy on April 4, 2014.

The tasks force's draft ordinance would remove the conviction or criminal record box from the city's employment application. It also states that the city would not ask about an applicant's criminal history until after the applicant has been deemed qualified and interviewed for a position. The ordinance also states the city would have to consider all aspects of a person's criminal past, including the nature of the offense and how long ago the crime was committed.

Thomas said the task force plans to move forward with the ordinance and present it to the city council in its final report in November.