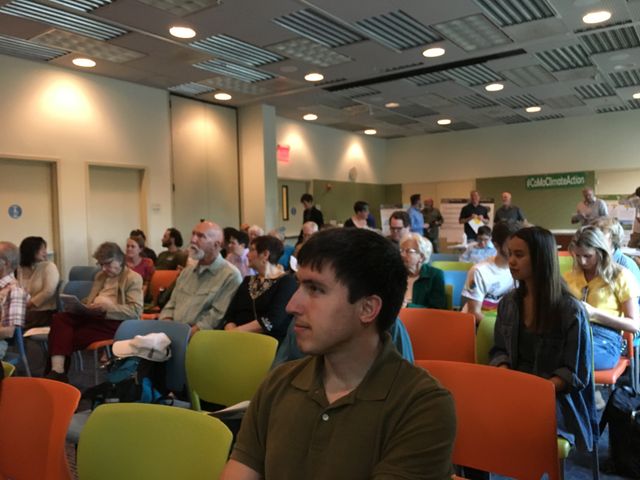 The purpose of the plan is to make Columbia more resilient to climate changes effects and reduce greenhouse gasses through community wide activities.

The Mayor's task force has been working on their report for 16 Months. You can read the report here.

Barbara Buffaloe, who works as the Sustainability Manager in Columbia, said they've been putting a lot of time on this committee.

Birgit Scherer-Wiedmeyer, who lives in Columbia said she supports the plan, but doesn't think the numbers are realistic.

"I see the numbers and they don't look real in the the time span," she said. "I don't think the politics are there either."

Kim Wade, who worked on the Mayor's task force said most Americans believe climate change is caused from people's actions.

She said she hopes people support the plan.

"This is really happening," said Wade. "We're at the end of the beginning. But the beginning of a brand new stage and this is going to take all of us."