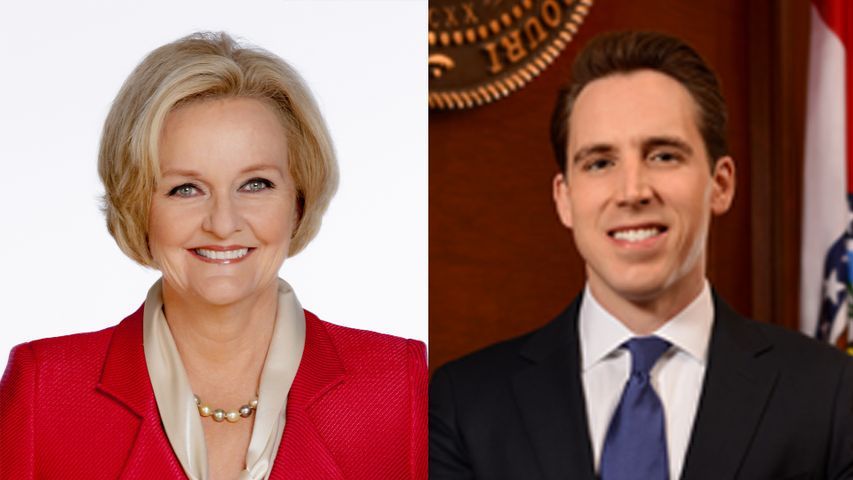 COLUMBIA- Senator Claire McCaskill and Attorney General Josh Hawley both met with supporters and volunteers Saturday at each of their individual field offices in Columbia.

Both candidates encouraged volunteers to go door knocking and tell local community members why the should vote for each candidate.

Hawley said this election is one of the most important of our lives.

"We have right now at stake in this next few months and this election, the whole future direction of our country,” Hawley said.

McCaskill and Hawley both spoke on a number of issues concerning the people of mid-Missouri, but McCaskill said the most important issue at hand is healthcare.

"It doesn’t matter if you are a democrat or a republican, if you think people with pre-existing conditions should be protected there’s only one choice for the US senate," McCaskill said.

McCaskill said she does not believe Hawley with work to keep protections for people with pre-existing conditions.

When asked, Halwey said he does believe insurance companies should be required to cover pre-existing conditions.

"Yes they should...we have to go reform our healthcare system to bring down cost," Hawley said.

However, McCaskill said there is no way that he will keep his promise.

Well he wouldn’t have filed the lawsuit to do away with them, he knows that if in fact his lawsuit is successful there is no protection there," McCaskill said.

Early Friday Hawley demanded McCaskill to answer to reporters and her constituents on her stance over the nomination of Brett Kavanaugh to the Supreme Court. Later in the afternoon McCaskill responded and said she looks at each nominee individually.

"There is a lot to look at here. He’s been on the bench for a number of years, there’s a lot of decisions to read and speeches he’s given," McCaskill said. "So it will take me a few weeks before I am even close to prepared to sit down and visit with him."

Hawley said he fully supports Kavanaugh's nomination. He said the nomination of a judge can only be looked at in two ways.

"Do you want a judge who will apply the constitution the way the people wrote it or are you going to have a judge who will impose his own value preferences," Hawley said. "It’s one or the other."

Hawley also renewed his challenge to McCaskill for a debate between the two candidates.

"I’ve challenge her to a debate, I renew that challenge today. It’s time to face your constituents Senator," Hawley said.

McCaskill responded and said she does want a debate.

"I think what people want to see is a contrast, how we differ face to face. We are going to be stressing debate not forum," she said.

Both said they think people really do care about what is going on in this election.

"I am blessed that all these people want to help and its going on all over the state, we’ve had thousands and thousands of people to show up and knock on doors...if these people are working this hard I won’t rest," McCaskill said.