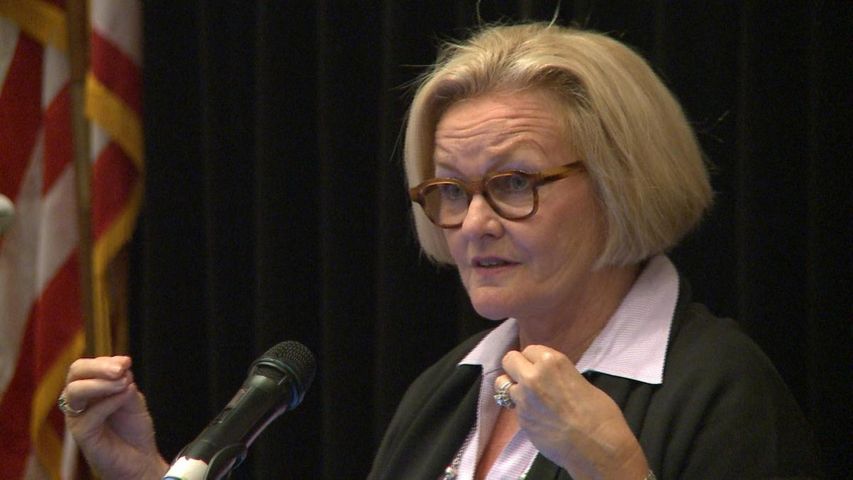 The discussion, part of the nationwide "It's On Us" campaign, came hours after MU police said a sexual assault occurred near Memorial Union on campus.

"That is a moment, I don't know if you knew it at the time, but that is a big deal, and I don't think I've ever been prouder," McCaskill said. "No bowl game appearance, no NCAA appearance in basketball, none of those have ever equaled that moment for me."

McCaskill said society needs to change how it treats victims of sexual assault. The senator called for an end to what she called "victim-blaming."

"There is no reason a victim should feel like they should have to be perfect in order to hold someone accountable," McCaskill said.

"They have to have victim support services," McCaskill said. "Police officers need to be trained about the appropriate way to interview someone who has been victimized."

The senator said both campus and local police departments need to do a better job at working together.

"There's been way too many instances across the country where the campus has been an island within the community and there really hasn't been a cooperative relationship between local law enforcement and campus law enforcement," McCaskill said.