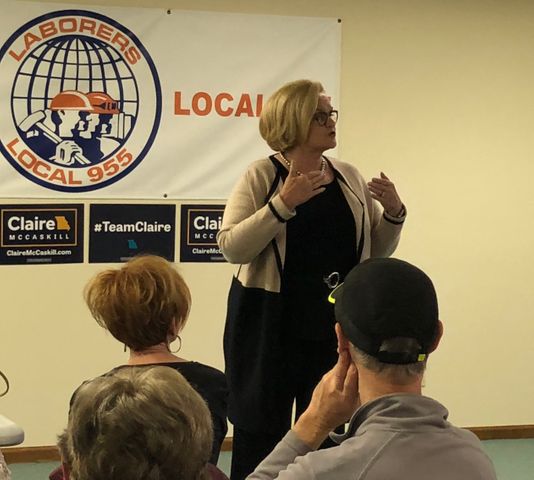 COLUMBIA - Sen. Claire McCaskill spoke about health care in Columbia on Friday at Laborers Local 955, as part of a campaign stop for her US Senate run.

During the tour stop, called “Your Health Care, Your Vote,” McCaskill discussed insurance coverage of pre-existing conditions, calling out her Republican opponent, Josh Hawley. She criticized Hawley’s participation in a lawsuit that would repeal Obama’s health care overhaul. Republican attorneys general from 20 states filed the lawsuit in Texas. A repeal would include ending the requirement that insurers cover pre-existing conditions. If the health care overhaul was repealed, protection of pre-existing conditions coverage would require a replacement bill in order to remain. McCaskill was critical of the lawsuit.

“The Republicans have every lever of power in Washington,” McCaskill said. “They have done nothing in preparation for the possible success of this lawsuit.”

In the past, Hawley has said he supports covering pre-existing conditions even though he is part of the lawsuit.

McCaskill also encouraged the audience to "walk a packet," or knock on doors for her campaign.