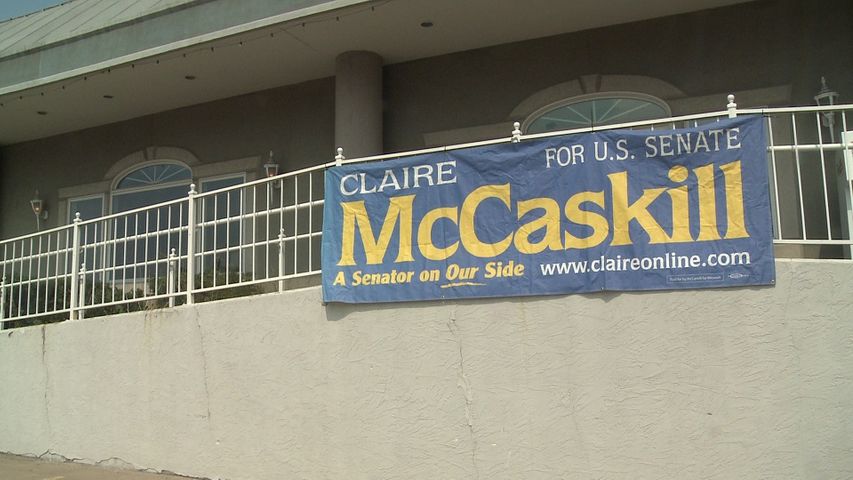 COLUMBIA - U.S. Sen. Claire McCaskill, D-Missouri, did not hide her support for the Affordable Care Act during her "In Our Town, On Our Side" statewide tour Sunday. Supporters gathered at 300 E. Broadway in Columbia to hear McCaskill speak. McCaskill also spoke to reporters regarding her support for the healthcare measure and other topics.

"Obviously I was pleased that one of the most conservative chief justices in the history of our country held up what I think was an important step forward to make sure that any Missourian can always get accessible and affordable health care," McCaskill said of her reaction upon learning the U.S. Supreme Court's decision to uphold the measure Thursday.

"Most Missourians, once they understand what's really in this bill and not the lies that are being told about it, they are going to like it," McCaskill said. "For the first time, we're telling insurance companies that they need to spend the money they get on health care and not just on denying health care... I think it's going to be a big step forward if people will get through all the distortions being said about the bill and get to the actual implementation, they are going to be pleasantly surprised."

McCaskill also said she expects the ultimate impact of the measure to be the country will have a "number of private insurance companies that will be able to offer affordable insurance to those people who don't get insurance at work."

On the opposite end of the spectrum, McCaskill said Republicans want to "privatize Medicare." She feels Missourians should be more concerned about privatizing Medicare than any provisions of the Affordable Care act.

Regarding her decision to not attend the Democratic National Convention, McCaskill said she is in a "really tough race" this year and wants to focus on her campaign in Missouri rather than attend "parties" at a convention.

"If you were me and you had this race this year, would you go hang out with a bunch of lobbyists... in North Carolina, or would you stay in Missouri talking to Missourians... If I want to win this race, I need to stay right here in Missouri where my work is," McCaskill said.

In addition to this, McCaskill commented on student loans. She said her opponents want private competition for student loans. This means the federal government would not provide them.