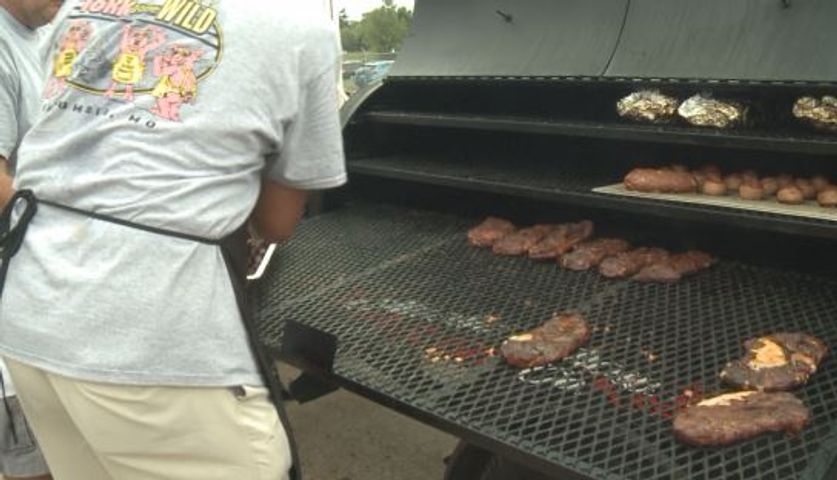 All donations and a portion of the proceeds from the event benefit Central Missouri Honor Flight, which sends Missouri veterans to Washington D.C. to view the memorials made in their honor.

Charles Bolon, a Rolla resident, went on his first honor flight in mid-August and said he appreciates the Columbia community who gathers around veterans.

"This was the most wonderful thing because when you came back from Vietnam, you were kind of vilified, like they blamed the whole war on the people who were over there fighting, and it's been that way all these years," Bolon said. "Now this is such a wonderful surprise."

Bolon served in Vietnam from 1966 - 1968 and said when the veterans saw the Vietnam Veterans Memorial, a lot of them left baggage at the wall.

Vice President and Flight Director of Central Missouri Honor Flight Steve Paulsell said this event is incredible because, "this is a very expensive undertaking we are involved in and it's not cheap to take 160 people to Washington D.C."

Meatpalooza had tents, trailers and grills filled with various kinds of barbecue and meat.

The smell of barbecue lingered through the tents and tables set up for guests while a live band performed. Those in attendance enjoyed the meat, drinks and treats provided by mid-Missouri companies.

Admission to the event was free, but donations to Central Missouri Honor Flight were accepted.

Click here for more information on Meatpalooza and here to donate to Central Missouri Honor Flight.