Mechanic: Pothole repairs can be costly 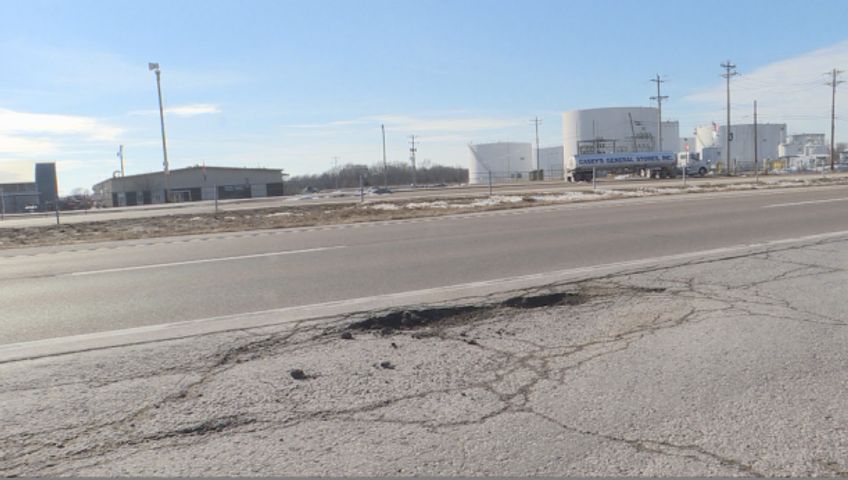 COLUMBIA - The winter season brings more than just snow and ice. More potholes form due to the weather, leaving some with major car damage.

Local mechanic shops gave varying answers on whether there has been an increase in customers. Two shops said they had seen more business and two others said they hadn't.

The co-owner of Mutrux Automatic said he definitely has seen more vehicles with pothole-related damage in his shop the last couple weeks.

“We do see a lot of potholes. Therefore, we do see more damage, more front unalignments, more tire damage and suspension damage depending on the roads,” Ross Mutrux said.

Barry Dalton from Columbia Public Works said extreme weather and road treatment lead to potholes. Water gets under the pavement, freezes and expands. That leads to cracks and potholes.

Najjo Keno is a Columbia resident who hit a pothole and had to pay for repairs.

“I hit a major pothole and whenever I hit it, I heard a big bang sound. I went to check it out and there wasn’t any damage,” Keno said. “But over the coming months, I noticed that when I was going down the highway, my wheel would be turned. I ended up having to take it in.”

Although Keno paid under $100, some aren’t as lucky. Mutrux said that it can cost a pretty penny.

“I’d say it would start at $70 and range up to several thousand, depending on the damage,” Mutrux said. “If it is damage to suspension, that is a minimum of $1,000.”

If someone does hit a pothole, Mutrux said they might not realize there is a problem with their car until months later.

Dalton said filling potholes is an important job of Public Works and there is a new process this year to fill them. Starting next week, he said, crews will be going out regularly to fill the holes with a new filler called “hot mix.”

“The standard procedure of cold mix is quick but temporary,” Dalton said. “Hot mix is permanent.”

Keno said that is a good idea as long as it holds up against the rain in the Spring and Summer.

However, when asked whether he has called the city before to report a pothole, Keno said he wouldn’t know where to start.

“I’ve always wanted to know what I could do to make sure that someone is looking into the potholes,” Keno said.

Dalton said anyone who sees a pothole can call the city at 573-874-2489 to report it. Public Works will try to respond within 24 hours.