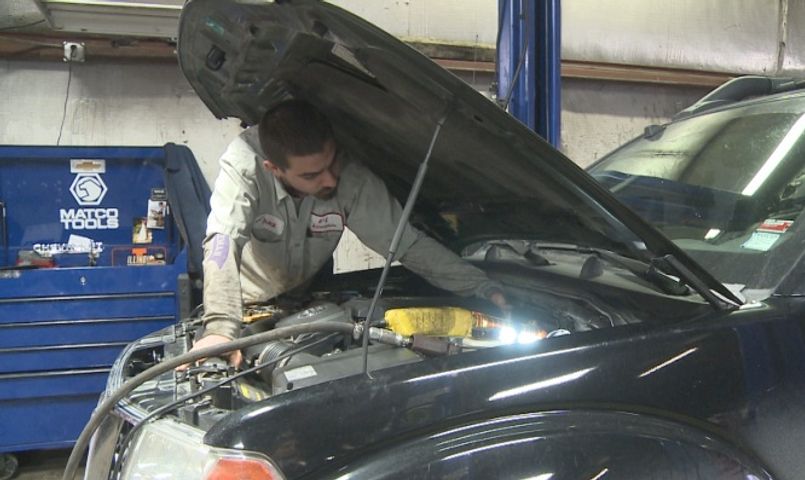 COLUMBIA - Car experts said Wednesday preparing for a winter drive is important in case of an emergency situation.

Rescuers found a stranded family in the state of Nevada Wednesday after their car flipped into a ditch, but survived because of the essentials they had in their car. A to Z Auto Repair's Steve Heimericks said he recommends a number of things to his customers before they go on a long trip.

"For a long trip I would say probably bring an extra blanket or two," Heimericks said. "Also a change of clothes in case you were to break down on the side of the road for a length of time or slide off into a ditch."

Apart from having extra blankets and clothes in your car, Heimericks said mechanically preparing your car is also important.

A to Z Auto Repair employees said they've had more customers come in, in December. Heimericks said it is because the fluctuating cold weather affects cars.

"The biggest thing would be your tires because as it gets colder the air contracts and you lose tire pressure," Heimericks said. "Tire pressure is important in cold weather for traction."

Heimericks said tires have to be at the correct PSI (pounds per square inch). He also said the cold affects a car's heating and cooling system.

"If it's not working properly, you don't have heat as well, if the thermostat is open or something along those lines," he said. "If the coolant freezes and it's not mixed right, you can do real damage to the engine."

A to Z Auto Repair owner Phil White said your car's fluids are the most important when it comes to taking a longer trip.

"Be sure your washer fluid is full because the roads get nasty and you want to be able to see and your wipers should be in good shape," White said.

He also said paying attention to your car day-to-day in the cold is also important.

"Your fluids are all cold first thing in the morning," White said. "If you just start your car and put it in gear you're going to force all that thick fluid up it's hard on your transmission, hard on your engine, and hard on your car period."

White said if you let your car warm up 10 to 15 minutes before driving off, you could prevent unwanted damage.

Survival experts also suggest keeping a number of things in your car in case of an accident:

6. Bottle of water and a few protein bars