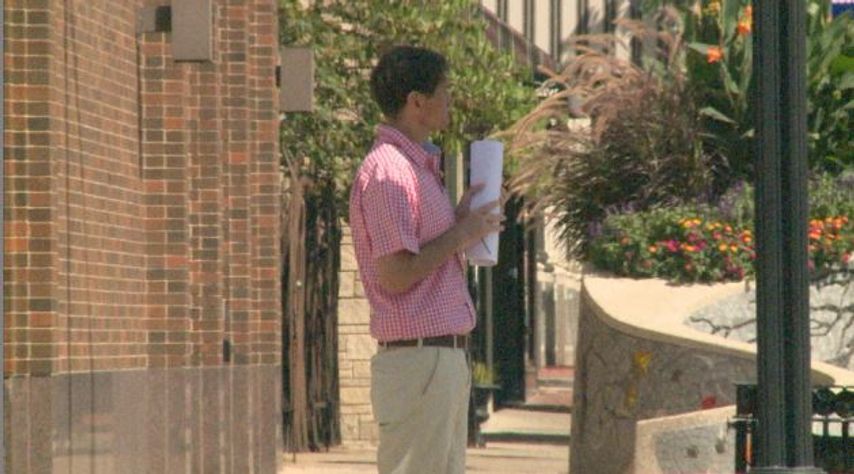 COLUMBIA - A man in favor of medical marijuana legalization tweeted @SnoopDogg before he was scheduled to arrive in Columbia Thursday night for a performance. Lonnie Kessler, a volunteer for New Approach Missouri, contacted the rapper on social media in hopes that he could help push the groups message.

“I started tweeting Snoop Dogg online when I realized he was going to be at the Blue Note in Columbia, Missouri on September 7,” Kessler said. “I was just like, ‘Wow this guy is behind the cause. He knows there’s legitimacy to marijuana and the healing and the healing properties and wouldn’t it be great if he was onboard with the campaign.'”

As a teenager, Kessler was a Snoop Dogg fan, listening to many of his albums. As an adult, Kessler’s appreciation for Snoop Dogg, has evolved, due to his favorable views on marijuana.

Before Kessler became involved with New Approach Missouri, a group in favor medical marijuana legalization, he’d been trying to find ways of addressing increasing health issues. In 2007, Kessler had been working in security at a casino in Booneville. When he began having trouble with his vision, he went to his doctor to see what was wrong.

“I went to the eye doctor and he did an eye exam and it turned out I had a condition known as papilledema, which is swelling on the optic nerve. And come to find out the swelling was this brain tumor pushing on my brain stem and my optic nerve.”

Kessler’s doctor prescribed him medication to treat his tumors, but it failed to work, eventually causing him to develop epilepsy. At this point in his life, Kessler was preparing for the very worst.

“I was preparing for death. It was a life or death situation, and I’m not really sure how one prepares for death, but I tried to make my peace the best that I could.”

Kessler said he found relief out of state by using medical marijuana to treat his seizures, irritability, and chronic pain. When he had to return to Missouri, a state where medical marijuana isn’t legal, Kessler tried to find ways to help the issue.

“I noticed New Approach Missouri advertising on social media that we’re the campaign that’s working on a constitutional amendment to provide safe and legal access to marijuana as medicine for the patients who are in need. And I simply contacted the campaign manager on their website, sent him an email, told him a little bit about me, who I am, told him a little bit about my life and how could the help me. But how could I help them as well?”

Now more than ten years after his original diagnosis, Kessler helps the group by collecting signatures for an amendment that would get medical marijuana legalization on the ballot in 2018.

However, not all Missouri residents agree with the issue. Moniteau County Sheriff Tony Wheatley said he thinks if medical marijuana were to be legalized, it could have a negative impact on Missouri.

"I think medical marijuana itself does have a use in the medical field," Wheatley said. "But to legalize marijuana blanket across Missouri is a big mistake. I think it's going to tax the law enforcement community beyond what it's already doing."

Despite views like Wheatley's, Kessler believes things could be solved if people were more compassionate. He said he believes contacting Snoop Dogg could help with this.

"I think in some way I can relate to Snoop Dogg," Kessler said. "And what his music represents because I'm struggling as a Missouri patient and I need access to something that will help me and I think Snoop Dogg represents that in a lot of his music. You know we have to stand up, we have to speak out if we want to see a change.That's my hope in reaching out to Snoop, is that he'll say 'I need to stand with Missouri patients.'"

Kessler said he plans to continue collecting signatures until the 2018 election season.