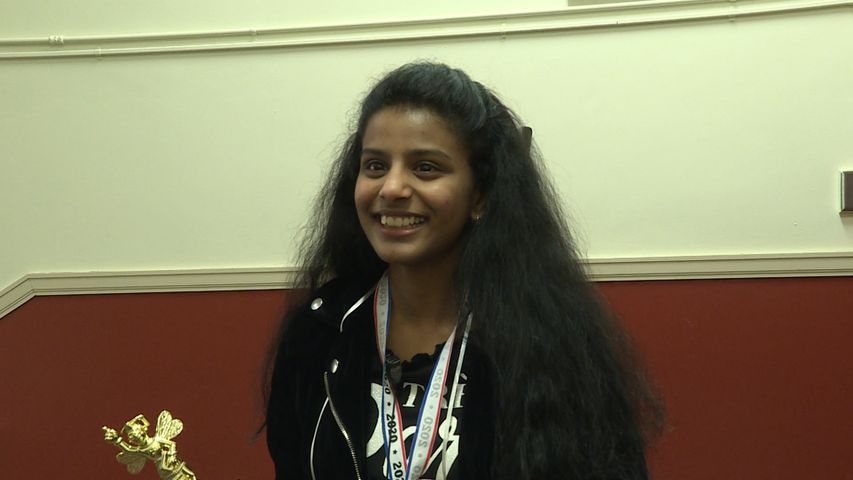 13-year-old Jiya Shetty won the bee after 12 rounds of competition and a final championship round. She was one of 49 mid-Missouri students spelling it out. She is so excited about her big win.

“It's like a dream come true," Shetty said. "I was like so happy, it's still crazy. I can't believe it happened.”

Another speller at the event said she started preparing for the competition in January. Eighth grader, Sophia White, said she was nervous at first, but really enjoyed her experience. She said she would do it all over again if she could.

“I would so do another spelling bee,” White said. “Being an eighth grader, it's hard to find spelling bees because they almost always are kindergarten through eighth. But I hope to organize a spelling bee with my family, which would be so fun because we have a lot of avid spellers.”

Shetty will get to represent mid-Missouri at the Scripps National Spelling Bee in May. The bee will be held in National Harbor, Maryland.

“I was born in Maryland, so it’s going to be really cool to be there again," Shetty said.