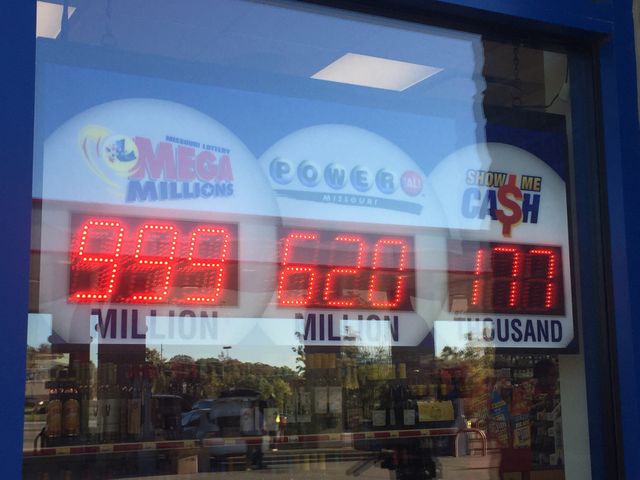 COLUMBIA -The next Mega Millions drawing will take place the night of Oct. 23 at 10 p.m. central time.

This makes the jackpot the largest in history. Before this, the record was held by the 2016 Powerball drawing of 1.586 billion.

At just two dollars a ticket, players all throughout Mid-Missouri are racing to get their chance to win.

"It was pretty busy, everyone kept coming in, asking for the Mega Millions tickets," Break Time employee Curtis Robinson said.

The drawing, which can be played in 44 states, has gained popularity since officials tweaked the game last year. Lottery officials said they changed the gameplay to offer fewer small winners, but larger jackpots.

Players now choose five numbers from one to 70 and a Mega number of one to 25. That makes the odds of winning this record-breaking jackpot at one in 302,575,350.

The Missouri Lottery advertises its earnings as going toward public education. According to the official Missouri Lottery website, only four percent of lottery contributions actually goes toward that funding. For the 2017 fiscal year, close to $298 million was given to state proceeds. Compare that to the near 1.34 billion sales made by the lottery that year, the highest amount of sales yet. That comes to about 2.2 percent of earnings given back to the state in 2017.

Compare this to other states, such as Kansas, which gave $75.2 million to the state out of its $258 million made in sales during the 2017 fiscal year, according to its official website. That's nearly 30 percent of lottery sales given back to the state.

Minimal information is given by the Missouri Lottery's official website as to where revenue goes besides education.