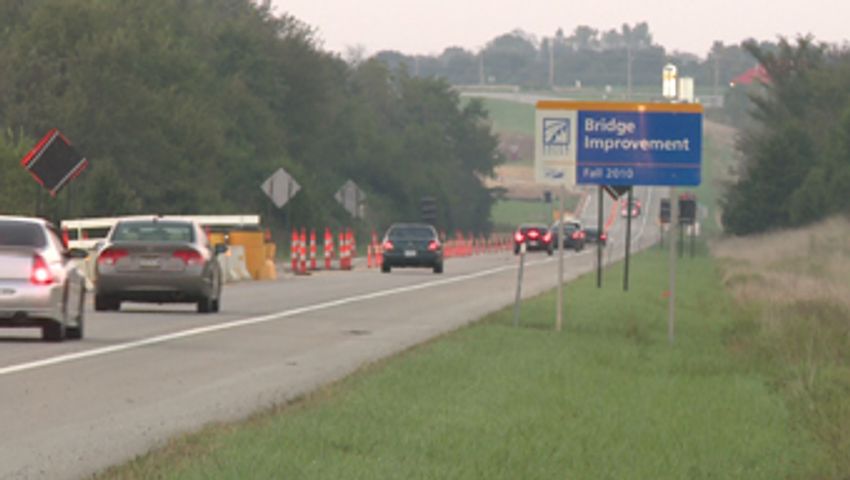 Previous records from 2014 to 2016 show Missouri experienced more than 20 combined fatalities in automobile crashes. If the Highway Patrol reports fewer than seven deaths, this could be the second straight year with a decrease in Memorial Day weekend fatalities.

Missouri residents have noticed some improvements in their Memorial Day weekend travels around the state.

“I haven’t had too many complaints, and people so far have been driving pretty sane,” Chris Mondy, Clayton, Missouri, resident, said. “I’ve been keeping right around the speed limit, and everyone else has been doing just about that.”

Mondy traveled to the Lake of the Ozarks Friday with two friends and back to Clayton on Monday, a multi-hour trip one-way. He said the highway patrol presence has helped made a safer experience, but also created some delays.

“It’s good that they’re visibly out here because I think that that does make people drive safer, but I think that they need to be smart about how they’re doing it,” Mondy said. “I saw a state patrol man who had a guy pulled over near St. Peters on the way out here, and it caused a traffic jam because everyone was trying to get over to the left lane to let him do his thing.”

Mondy is pursuing a doctorate in logistics and safety at the University of Missouri- St. Louis and has done some research on commercial traffic safety. He said this research helped him consider safer driving and merging practices around semi-trucks on highways throughout his weekend travels.

Jamie Schwartz, a Fenton, Missouri, resident who made a weekend trip to Camdenton with four family members, said the highway patrol presence was strong throughout her commute. She didn’t pass by any accidents, and only saw a few vehicles pulled over to the side.

“Traffic was definitely heavier than a normal weekend, but it wasn’t as bad as I’ve seen in the past,” Schwartz said.

As of Tuesday morning, the Missouri State Highway Patrol reported 105 crashes over Memorial Day weekend. Around one-third resulted in a fatality or serious injury across the state.