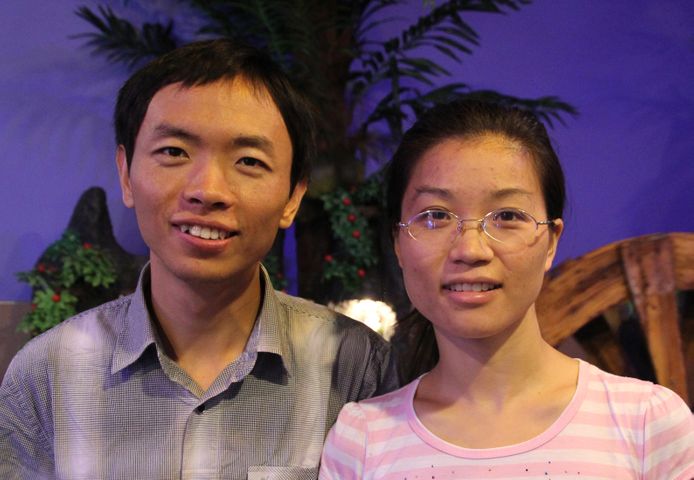 Under the great help of MU International Center, Center for Translational Neuroscience, department of Pathology and Anatomical Sciences, and MU Friends Association of Chinese Students and Scholars, a group of five family members of Meng and Zhang arrived in Columbia soon after the tragic incident. The family visited Branson to deal with the aftermath of the couple's death.

Both of Meng and Zhang grew up in a poor rural county, Gushi, of Henan Province in China. Their families are not rich, but both worked very hard. Zhang entered the university when she was only 16 years old. Meng came to the MU as a visiting scholar and carried out research at the department of Pathology and Anatomical Sciences. In late 2008, Zhang joined her husband to work as a research specialist in the same department.

Fanqin Meng is Fanjun Meng's sister. She said their father died when they were young. And their mother raised them on her own.

Fanqin also said she will be stronger and try her best to take care of her mother in the future.

The MU FACSS set up a bank account for the families. The local community and Chinese communities across the country have raised more than $25,000 for the family.

Many local Chinese groups also helped the families throughout a series of donation events in the past weeks.

Zhang's brother, Xinggan Zhang, said he is very thankful to the people who helped them in Columbia.

"When we came here, the Chinese students union helped with the fundraising. In the hot days like this, they stood outside to ask people for help. I feel like blood is thicker than the water. They helped a lot," Xinggan said.

The families plan to leave the U.S. in August. Another fundraiser is planned at Shakespeare's Pizza all day Wednesday if you have a flier.