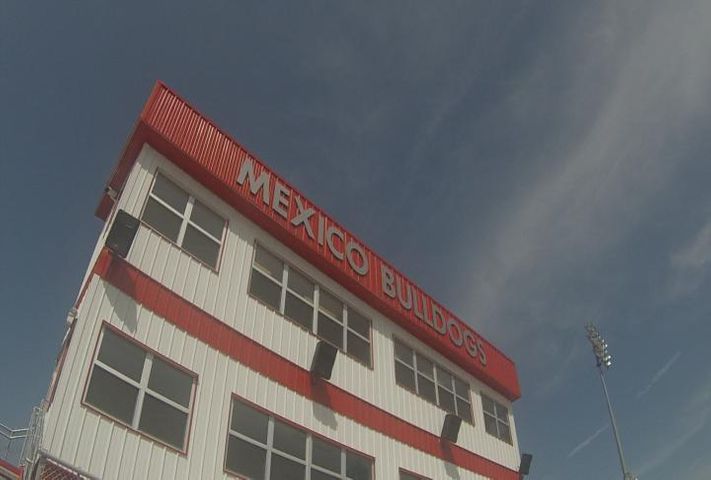 MEXICO, MO - The facilities at Hawthorne Heights are immaculate.  However, there used to be an eyesore right above the football field that had been there since 1992.

The old press box was originally constructed of two construction trailers that were connected together.

"It also wasn't big enough for our purposes," Ridgway said. "It was about half the size we needed it to be."

The new press box is a beautiful white color with red trim and the school's name emblazoned on top. Ridgway said the vision for the press box was safety and for it to last.

Ridgway and Athletic Director Jeff Anderson said the planning process of the press box project took three or four years before they were able to get to the building stage.

The total cost of the project was $237,000 dollars, but $104,000 of that money was donated by various non-profit organizations in the community.

The new press box is two stories, with a view of the softball field from the back.  There are rooms for visiting radio hosts, scouts, and media members.

Anderson said he was excited for the football, softball and track and field teams to be able to use the new press box.

Both Ridgway and Anderson expressed their sentiments about how the community has come together and how they hope this press box will do great things for the future.

"I'm hoping it will be a thing that will last for 50 years," Ridgway said. "It was expensive to do but it's something that is designed to last."

Anderson echoed those remarks and added that the community is very good at supporting all the programs at Mexico High School.