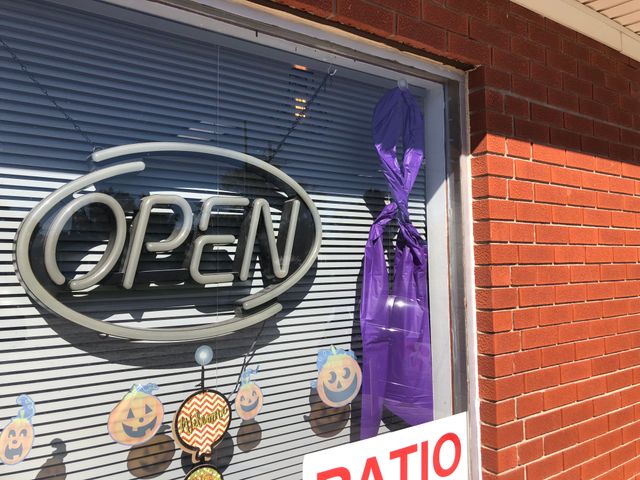 MEXICO - October is domestic violence awareness month and businesses across Mexico are showing their support for survivors by decorating their storefronts with purple doors.

Peggy Payne, the executive director of Our Safe Place, a non-profit organization aiming to end domestic and sexual violence, said her staff came up with the idea in September.
“We kind of brainstormed it and came up with the idea of opening the door to give a voice to survivors, the community, and to victims whose voices are silenced by their perpetrators,” she said.
One business did more than just paint its door. Stacey’s Place owner Stacey Conklin and her staff also put donation boxes in the restaurant lobby.
“Some of us are survivors of domestic violence and so we wanted to take it up a notch and do the display as well as do the donation box for the women’s shelter,” Conklin said.
She said Stacey's Place employees enjoy giving back to the community, and they all think it is important to help those in need.
“We don’t do it for ourselves, we do it for the people who need a voice,” Conklin said.
Payne said she was surprised and encouraged by the support from Stacey’s Place and other businesses in Mexico.
“It’s just ballooned from what we ever imagined,” she said.
Our Safe Place’s 24-hour hotline for domestic violence counseling can be reached at 1-800-246-2280.