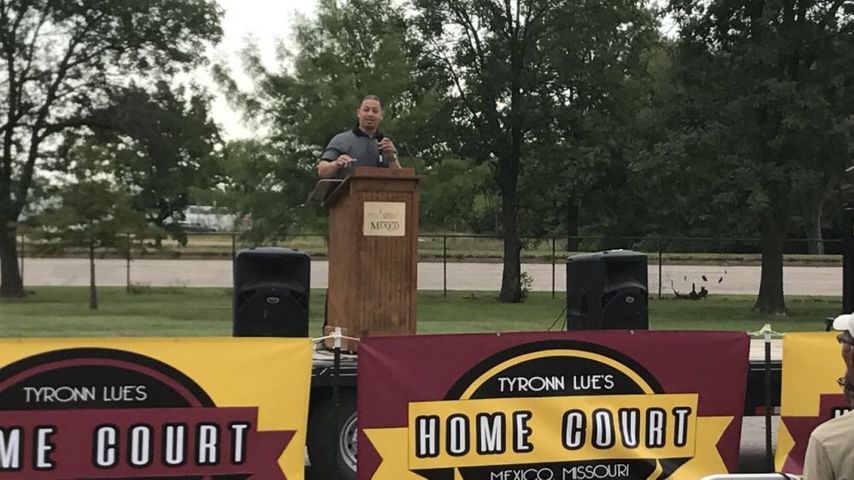 MEXICO - The Mexico Area Chamber of Commerce held a ceremony Saturday to unveil signs reading "Home Court of Tyronn Lue." The ceremony comes after Lue called Mexico his "home court," following his win as the Cleveland Cavaliers coach in the 2016 NBA Finals.

Mayor Chris Miller said the city received national recognition for what Lue said on television. He added, Saturday's celebration was a big day for the city.

"We're celebrating because we're putting signs on our city limits sign coming in that say 'Tyronn Lue's Home Court.' It's a big deal for us."

Mexico Area Chamber of Commerce President Robby Miller said the city is better because of people like Tyronn Lue who give back.

"Mexico, Missouri, is a great place to call home," Robby Miller said. "Tyronn is proud of his hometown and does not mind letting everyone know about it. But more importantly, he works to make Mexico a better place for all."

Miller said Lue has done several philanthropist acts for the youth of Mexico, including putting on a fireworks display, renting the swimming pool for kids and buying tennis shoes for them.

"He's rented buses and taken kids to Six Flags for a summer trip they probably wouldn't have been able to do," Miller said. "He's just done a lot of little things around town that really make him a native son."