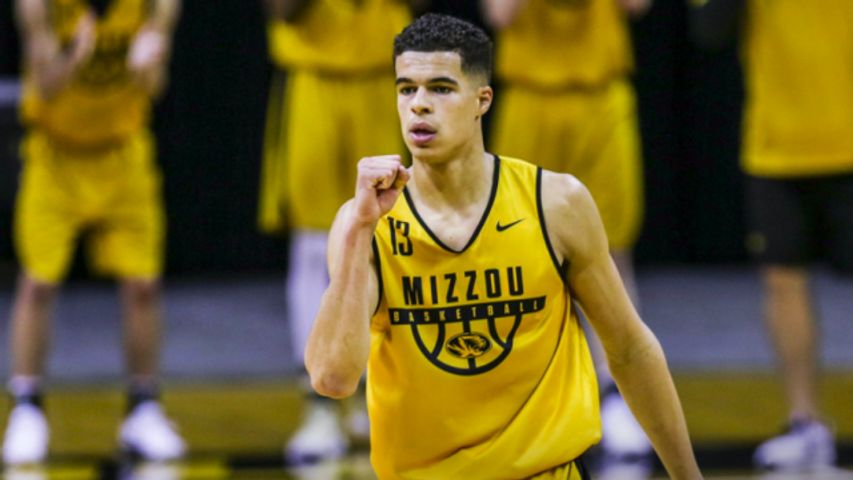 Porter will undergo a microdiscectomy of the L3-L4 spinal discs. The procedure has a projected recovery time of three to four months.

"I really appreciate the suppoort of my family and program as I begin this process," Porter said in a statement. "I'm thankful for these kind words and messages I've received from fans. Those mean a lot to me. I cannot wait to be completely healthy and play this game I love again."

"I have known him to be a great kid, let alone basketball player, and I’m sure he will have a positive attitude and a lot of support," Gervino said.

Porter came to Missouri as the number one recruit in the nation according to most recruiting services. His father, Michael Porter Sr., is an assistant coach with the Tigers. His brother, Jontay, is a freshman who re-classified into the Class of 2017 to play at Mizzou with his brother.

Gervino said, "I feel bad for him and his brother Jontay who gave up his final year of high school to play with Mike at Mizzou."

"Our top priority as a program is the well-being of our student-athletes, so Michael beginning this process to be 100 percent healthy is important to all of us," he said. "Our focus has been on Michael's well-being, just like every other player in our locker room."

Porter played two minutes in the season opener against Iowa State before asking Martin to remove him from the game. He scored two points and had two rebounds.

Gervino said, "Who knows what the future holds. I know Mike has a lot of people around the state pulling for him."

Martin is pointing to the future of the rest of the team.

"We will continue to work every day to build Mizzou Basketball into a program to be proud of," Martin said. "We're preparing now for a trip that is a tremendous opportunity. I'm excited to get after it in Orlando."