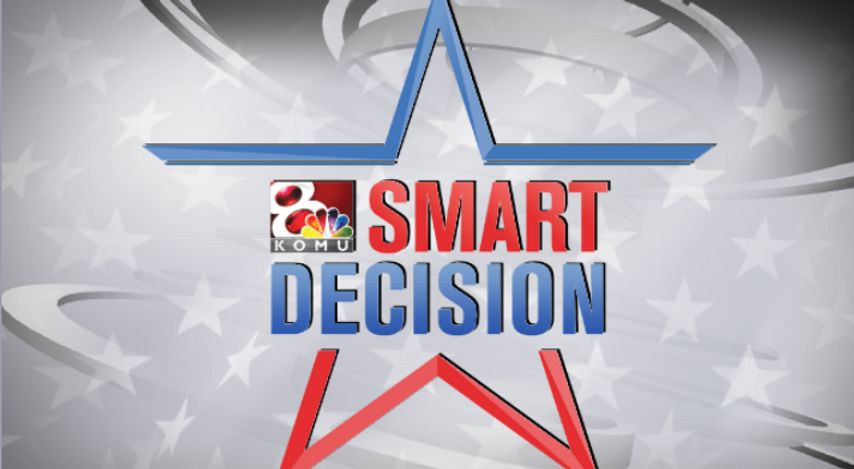 MID-MISSOURI - Voters across mid-Missouri headed to the polls Tuesday to decide whether several communities would increase taxes.

Callaway County voters approved two propositions on the ballot involving sales taxes. These means the sales tax will increase in order to fund improvements to police facilities and increase police salaries. The passed propositions will also pay for a new justice center, renovations of the existing courthouse and expanding law enforcement.

"We have needs, and the way we're going to fix them is to get these two taxes passed. So, I think it was exciting, yet now we know we have a lot of work to do," Jungermann said.

“I was just proud,” Chism said. “I was proud of the confidence the voters of Callaway County had in those elected officials, including myself, that were involved.”

Proposition 1 and 2 were the only issues on the ballot, and just more than 4,300 people came out to the polls to cast their vote.

Proposition 1 will implement a permanent 0.5 percent sales tax increase. The Callaway County Sheriff’s Department will use the money to hire more deputies and give pay raises to current employees.

Chism said it’s been a long road to get to Tuesday, but the work is just starting.

“Putting a tax on the ballot is not the easiest decision in the world,” he said. “However, we knew that this community had some serious criminal justice needs. These propositions were specifically designed to enhance all areas of the criminal justice system in Callaway County.”

Chism told KOMU in September the raise will make the county’s compensation competitive with other counties in the area.

Proposition 2 will add an additional 0.5 percent sales tax increase, but it will expire in 2041. The additional money will fund an expansion of the Callaway County jail and the construction of a new justice center.

Callaway County currently has a sales tax of 5.735 percent. That will increase to 6.735 percent when these new measures go into effect.

Jungermann said there isn’t an exact date for collection to begin yet, but he expects it will happen around April 1, 2020.

At the Lake of the Ozarks area, voters decided not to pass a proposed lodging tax increase for Camden, Miller and Morgan counties. It failed in all three counties.

The tax increase would have paid for a proposed soccer complex aimed at increasing tourism during the lake area's off-season.

Lake of the Ozarks area lodging tax results are in.

The vote was the only one to appear on Tuesday’s ballot. The tax increase would have raised lodging tax from 3% to 6% in all three counties.

"I'm not sure that this evening is a reflection of what the business community wants to happen at Lake of the Ozarks as oppose to what the residents have been informed through propaganda to conclude what happened this evening in the vote," Tim Jacobsen said, the executive director of the Convention and Visitors Bureau.

The soccer complex website said the development would bring 12 to 14 tournaments a year with between 50 to 300 teams each weekend in the spring and fall as a way to boost tourism. The website said this could bring about $75 million in economic impact to the lake area.

KOMU 8 spoke with lodge owners who said they not only felt out of the loop in the decision-making process, but are left to decide whether to take the money from their own accounts or pass the cost along to their guests.

Several lodge owners said the tax could likely scare away many of their regular customers who come back to visit every year.

After results were finalized and released, Jacobsen addressed what’s to come post-election.

"It's very unfortunate that the citizens of the three counties have felt that this is not an economic initiative that they would like to pursue," Jacobsen said. "At this point we would like to look to the leaders of this community and decide how we'll move forward."