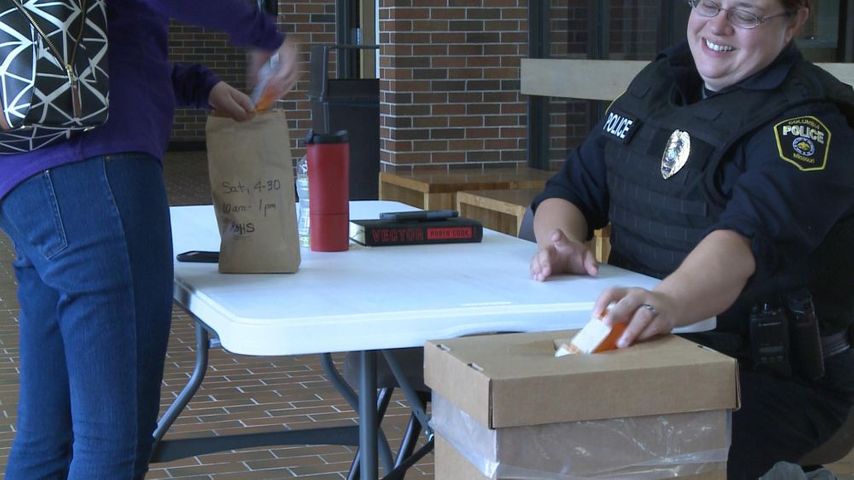 According to the Jefferson City Police Department, anyone was invited to dispose of any unwanted prescription medications with no questions asked. Saturday's take back event coincides with a national drug take back sponsored by the Drug Enforcement Administration.

The department said the drug take back event is held twice a year to address "a public safety and public health issue." It said a majority of abused prescription drugs come from medicine cabinets of family and friends.

The Jefferson City Police Department said usual methods for disposing of unused medicines - flushing them down the toilet or throwing them in the trash - poses potential safety and health hazards. The Columbia Police Department said proper disposal protects the environment especially ground source water that could be harmed by flushed prescription drugs.

Ray said prescriptions dropped off at the event will be collected and incinerated by the DEA. She said people can drop off any medications except inhalers and anything with a needle.

Jefferson City Police collected unwanted prescription drugs in the alley on the south side of the police department.