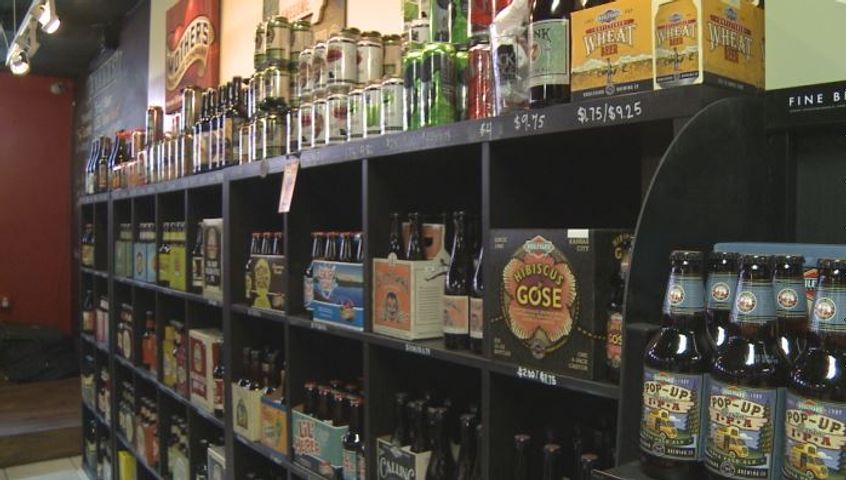 COLUMBIA - Craft beer may be known for being brewed in small batches, but it's become a big business in Missouri and the U.S.

According to data collected by the Brewer's Association, craft beer sales increased by 17.6 percent in 2014 to grab 11 percent of the overall U.S beer market. Compare this to last year when craft beer accounted for just 7.8 percent of the market.

Any way you look at it-- the craft beer business has taken off across the U.S.

Mid-Missourians need to look no further than Columbia to see this growth in action. Since 2013 three craft breweries-Rock Bridge Brewing, Logboat Brewing and Bur Oak Brewing- opened their doors and began canning beer. Some of the owners said they believe there is still plenty of room for other brewers to set up shop in mid-Missouri, too.

Even though there are plenty of reasons for local brewers to celebrate, there is still a problem coming with this rapid growth that they will soon have to contend with.

Jonathan Steffens, one of the owners of the Craft Beer Cellar in Columbia, said he believes this rapid growth could lead to overcrowding in the market.

"I believe there definitely is a possibility that there is a bubble or a growth ceiling," Steffens said. "There are only so many breweries that we can fit on out shelves."

All this growth means brewers must find ways to stand out from the thousands of other breweries.

Steffens said Columbia's breweries have established themselves in mid-Missouri stores and said he believes that a mix of cooperation and competition between each other and local businesses will ensure a brewery's long-term success.

Jason Gregory, a beer distributing brand manager from Hannibal, said he doesn't believe there will be a bubble for local brewers and small beer still has plenty of room for diversity.

"These brewers are filling the gaps in demand in their local area," Gregory said. "There's a long ways to go. It's probably going to continue to do 20 percent a year in growth as more people get into it."

For now, mid-Missouri looks to continue it's craft beer boom into the near future.