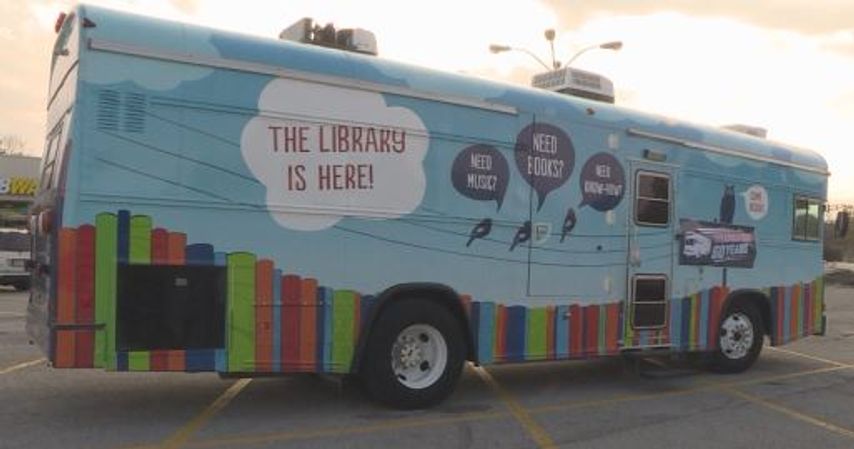 COLUMBIA – About 60 years ago, the Columbia Public Library went mobile.

Now, the Mid-Missouri Bookmobile has a dozen stops in Boone and Callaway counties.

Columbia was one of the pilot locations for the Missouri State Library’s bookmobile project; now, over 75,000 books, DVDs and other items are checked out each year off the buses alone. The program started to give rural counties more access to public library services, “and the need for that is as true as it was 60 years ago,” Youth and Community Services Manager, Sarah Howard said, via press release.

“The library’s new strategic plan outlines plans to add visits to other underserved areas over the next three years,” Daniel Boone Regional Library Director, Melissa Carr said, via press release. “The bookmobile continues to be a viable service and a way to get library services out into areas not conveniently located near a library building.”

Darin Fugit works on the larger bookmobile, and said it is not uncommon to see grandparents bring their grandchildren and tell them stories about the books they use to get off the bus. He said, “we check out about – between both bookmobiles – 40,000 books a year.”

The large bookmobile is hosting open-houses throughout the first two weeks of November, including a celebratory stop at Columbia Pubic Library, on Nov. 10, from 10 a.m. – 2 p.m.

Jan Judy-March, who grew up using bookmobiles in St. Louis, said she prefers the buses over actual libraries. March said while growing up her and her six siblings used to rent as many books as the librarian would allow. She said books are important for kids because “it can take you places you've never dreamed, it lets your imagination wander.”

For the addresses of the Mid-Missouri Bookmobile's stops, click here.