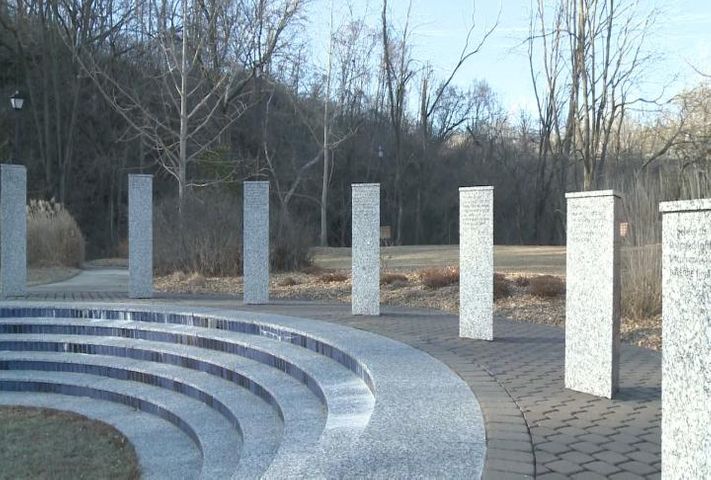 Celebrations in mid-Missouri kick off at St. Luke United Methodist Church, 204 E. Ash St, where the Poor Man's Breakfast will be served from 8 to 10 a.m. A memorial ceremony will follow at 11 a.m at the MLK memorial at Battle Garden, along Stadium Boulevard, near the MKT Trail.

After that, participants will be heading to the Second Missionary Baptist Church, 407 E. Broadway, for another service featuring a guest speaker and a free lunch at noon.

A candlelight walk will start at 6:30 p.m. Monday afternoon, at Douglass High School, 310 N. Providence Road, and proceed to a memorial celebration and service at St. Luke United Methodist Church at 7 p.m.

William Woods University will host a series of presentations and a film screening later in the week.

Director of the Center for Ethics and Global Studies, Travis Tamerius, will talk about Dr. King's moral vision and some memorable examples of people who showed heroic moral leadership in his "A Dangerous Unselfishness: The Moral Vision of Martin Luther King Jr." presentation, Tuesday January 20 at 12:30 p.m.

Dr. Larry Ross will present "An Anthropological Solution to the Race Problems in America" at noon Wednesday January 21.

"The Help" featuring African American maids who share their employment stories during the 1960s, will be screened at 2 p.m. Friday January 23.

The University of Missouri will feature another event January 28, where civil rights activist Myrlie Evers-Williams, will present "Not Exactly What You Thought" at 7 p.m. The lecture is free and open to the public. Tickets are free of charge and available at the Missouri Theatre and MSA/GPC Box Office in the MU Student Center.

For some in mid-Missouri, MLK Day is more than just a holiday. MU student Jaanna Anaemereibe said it's a special day for him personally.

"Martin Luther King is a celebration for a man that not only stood up for what he believed in, but also a man that fought for the rights of not just African-Americans, but for minorities worldwide," Anaemereibe said. "To fight for the right for equality, for people not to be judged on just the color of their skin, but actually the content of their character."

"I'm old enough and I remember the difficulties in getting people rights for African-Americans," said professor George Fuchs, who currently lives in Arkansas but was spending the weekend back at his home in Mid-Missouri. "Martin Luther King really was, he was a very passionate speaker and hearing him speak him is something you never forget."

Rachel Hidborg, a disability support worker from Columbia, said she would like to see more people celebrating the civil rights activist.

"I think that too many people work on MLK Day. I don't think that people take it seriously enough as a national holiday as well," Hidborg said.