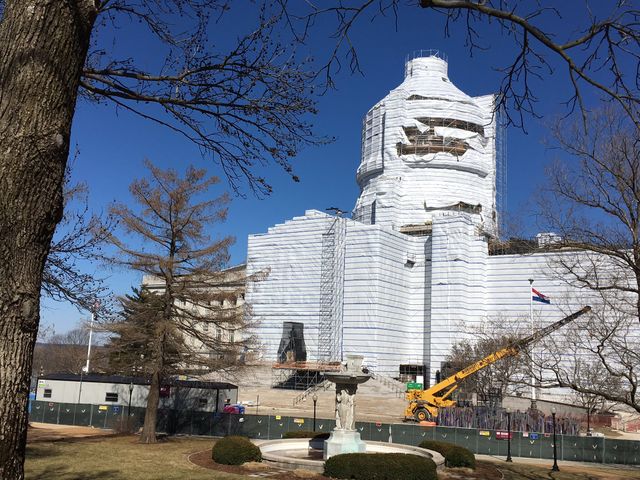 She said she also saw part of a roof that was lying in the middle of the road.