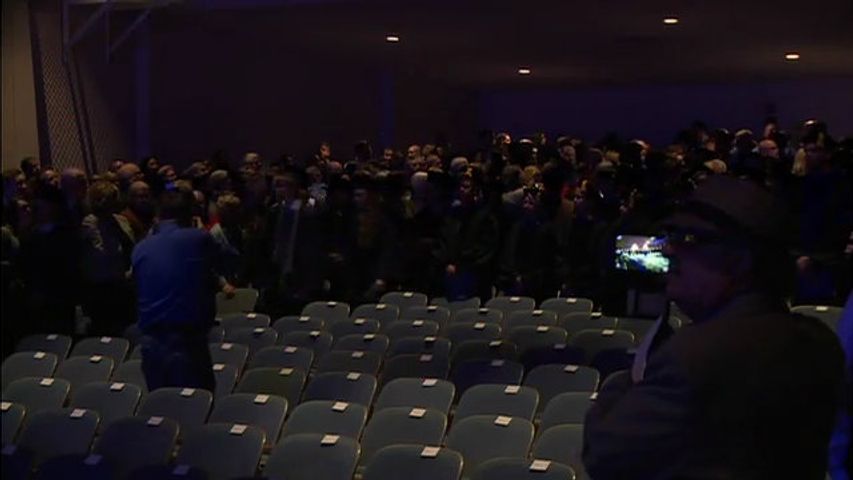 JEFFERSON CITY - Students across mid-Missouri walked across the stage Saturday to receive their degrees. Lincoln University, State Technical College of Missouri and Westminster College all held their graduation ceremonies.

Eric Rogers cheerfully joined hundreds of his Lincoln University classmates Saturday morning as they graduated. He said the journey leading up to this day was painful and often dark.

While Rogers was in Jefferson City attending classes and working toward his degree, back home in Chicago, gun violence was ravaging his family, he said.

Rogers said his brother, godbrother and best friend were all gunned down in his Chicago neighborhood.

“It’s been a long road, ups and downs, and lots of losses,” Rogers said. “I couldn’t have done it without God.”

He said it was difficult to deal with the losses while attending school miles away from home, but he knew he had to persevere.

“I had to take those losses humbly and direct the energy into a different direction,” Bratton said. “There were a lot of distractions during this course to keep me from focusing on my goals, so I had to focus on what’s really important and do it for my people.”

The entire Lincoln University 2019 graduating class felt a similar loss. As they graduated, one of their own was missing.

D’Angelo Bratton-Bland was a senior at Lincoln University when he was killed in an off-campus incident in December. The university presented his family with an honorary degree in his memory.

The university’s president, Jerald Jones Woolfolk, announced a scholarship fund in Bratton-Bland’s name. She said the money for the fund came from donors who wished to stay anonymous.

“This scholarship ensures that D’Angelo’s legacy will live on at Lincoln University forever,” Woolfolk said.

As the students ended their time at Lincoln University, commencement speaker Bakari Sellers, a CNN commentator and former lawmaker, reminded them of the history of the university.

Lincoln University is a historically black university. It was founded in 1866 by the men of the 62nd and 65th United States Colored Infantries and their white officers to serve the newly freed slaves.

Sellers encouraged students to take pride in their history, although they may still face challenges in the world.

“You are the dream of freed slaves and buffalo soldiers,” Sellers said. “And you find yourself here and now possessing the single greatest catalyst for success and change there ever was. Now you own an educated mind.”

This was the 148th commencement ceremony since the university’s founding.

“It’s one of my favorite schools. It’s a school that's rich here in heritage as it relates to Churchill and relates to Truman,” Blunt said.

That history dates back to 1946 when Winston Churchill put Fulton on the map when he delivered his world-famous Iron Curtain speech on Westminster College's campus after accepting President Harry S. Truman's invitation.

Blunt now has Truman’s desk in the Senate. He said Truman carved his name in one of the drawers.

Lamkin said this was his favorite part.

“It’s such a pleasure to do that," he said. "They are all so happy, so vibrant and they all know that this is the beginning of a new stage of their life and it kind of seals the deal when they shake hands.”

State Technical College of Missouri graduated more than 530 students into the workforce.

State Teach alumni Naomi Klouzek delivered the keynote address and said attending State Tech prepared her to step into any job and feel confident about it.

“This was the best decision I could have made,” Klouzek said.

Every chair at the ceremony was filled with family and friends; some even had to stand in the back.

This year, State Tech held three separate ceremonies because of the growth the school has had.

“This is the largest graduating class that State Tech has had,” McElwain said.

He said State Tech stands out because of its focus on skills training, which makes it appealing to the community and incoming college students. The hands-on learning is something every student at State Tech can appreciate, he said.