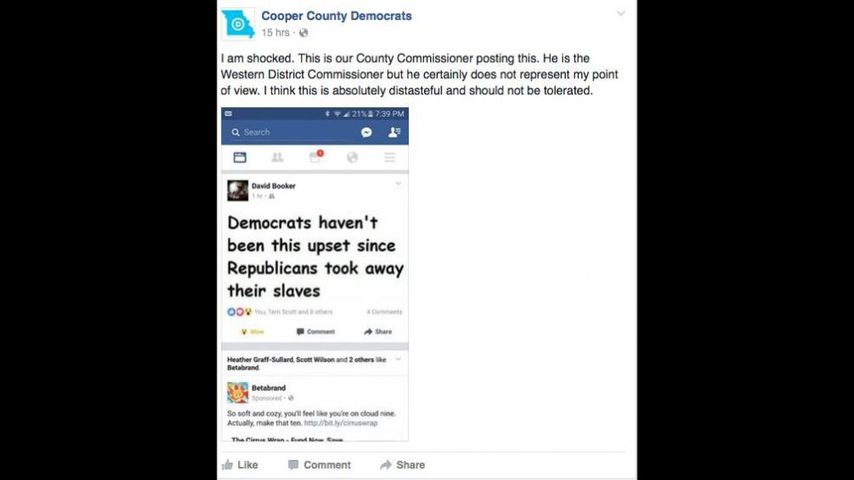 "Democrats haven't been this upset since Republicans took away their slaves," the post said.

KOMU 8 News has called Booker multiple times to get a comment, but he has not responded.

The post is not visible for those who are not Facebook friends with Booker, however, the Cooper County Democrats have posted a screen shot to their page.

Tawny Brown, the president of Concerned Citizens for a Better Community Incorporated said, "To have statements that would be divisive or be counterproductive would limit Boonville's growth and we want to be a place that continues to be inviting for industry and community to feel confident in bringing their kids here and having their family group up here."