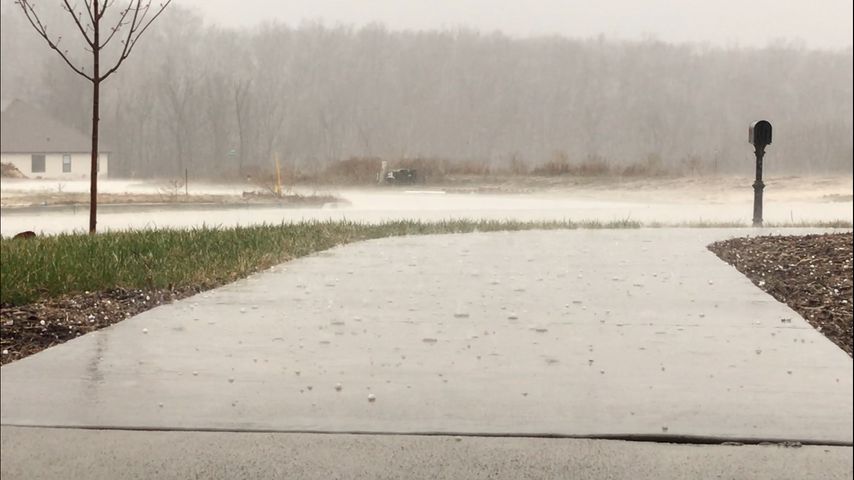 COLUMBIA -  Some people might be swamped with rain Tuesday morning across the KOMU 8 viewing area.

This comes after a long day of rainfall on Monday. The heaviest rain on Monday fell north of Columbia. Flash flood warnings were in effect for Chariton, Howard, Randolph, Audrain and Monroe counties.

On Tuesday, the heaviest rain is expected to fall south of Columbia, closer to the I-44 corridor. As of Monday evening flash flood watches are in effect for Cole, Camden, Osage, Gasconade, Maries and Miller counties.

Columbia may be soggy from the rain, but neighbors aren't having to deal with any major flooding. Teresa Huang who lives in Columbia is glad things aren't flooding by her house because she said when it rains she has to take an alternate route if the street outside her house floods.

“The only way to get to the main road, Nifong from my house, is to go through that divet, but once it starts to rain it will accumulate and we can’t pass through it. So, I will have to go through K, which takes a long time, it adds 10 minutes to my commute anywhere I go,” Huang said.

She also said if the road floods she will have to get up earlier than usual to get to her destination on time.

“If I was in school right now, I’d probably get up 30 minutes earlier,” Huang said.

Some tips to stay safe during flooding areas would be:

According to MoDOT, 6 inches of moving water can knock you off your feet. And it only takes 2 feet of water to float your car. Remember the phrase, turn around don't drown, as water moving as slow as 2 mph can sweep a car off a road or bridge.