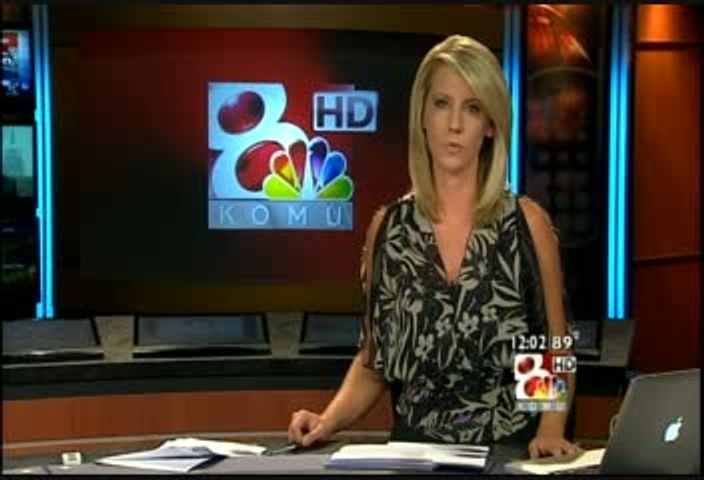 KINGDOM CITY - The freight that semi-trailer trucks haul through Mid-Missouri could provide some insight on improvements in the economy.

Atkinson has worked in the business for 41 years and has seen the swing from the independent owner-operators to the mega-fleets. "There's been a big evolution in the trucking industry."

He said when trucks come through Kingdom City they are using services like fuel, food, and truck repairs.

"It's just a stopping point. It's a central location between St. Louis and Kansas City which is obviously a main artery in the industry."

Atkinson said traffic has definitely picked up this year.

"You could see a downturn when the economy had a downturn in 2008, but for the most part it's pretty consistent."

Atkinson said he thinks the future of the trucking industry is directly tied to the economy.

"It's going to grow or slow down with the economy because it's the only means to move the goods and services we require."

10,000 semi-trailer trucks use the Missouri stretch of I-70 each day, according to MoDOT.

"They amount to 30 to 40 percent of all interstate traffic," said MoDOT outreach coordinator Robert Brendel.

The amount of money truckers receive for hauling their freight depends on the area they are in and the commodity generated or received.

"I'm hauling anhydrous ammonia," said trucker Randy Stuckenschneider. "I'm heading to Oklahoma to pick up a load for back home, Martinsburg." Stuckenschneider said he drives through this area quite a bit.

"We do mostly local, but now we're getting some out of Oklahoma."

Stuckenschneider transports anhydrous ammonia in his tanker and said, while it's more profitable than a lot of goods, nothing is very profitable anymore.

"You do it for nothing," said Stuckenschneider. It depends on what's happening with the economy and who will haul it for the cheapest price.

Truckers are legally limited on how much time per day they can spend in transit. Those regulations changed dramatically in the last few years.

"They are probably the trucker's biggest enemy today," said Atkinson. "Because of the new laws, once they start their driving day they are forced to stay with it, but when they stop, they are stopped for ten hours."