Mid-Missouri economy is a treat for many Halloween shoppers 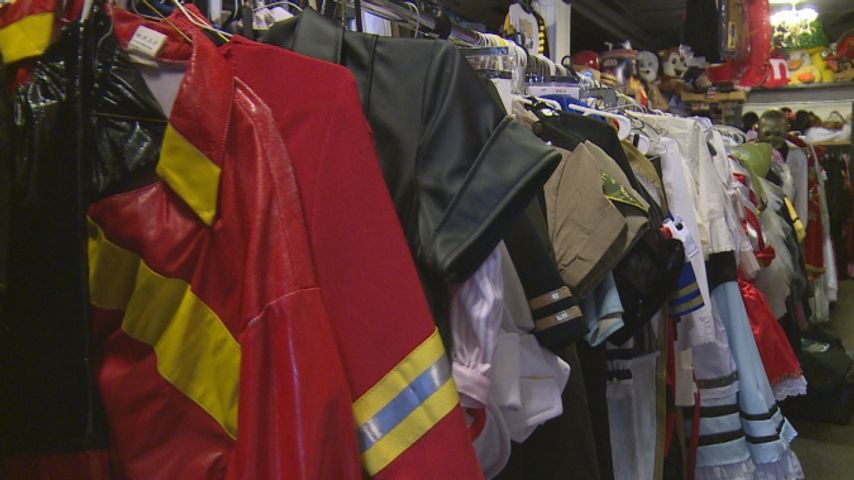 COLUMBIA -- More ghouls and ghosts are predicted to roam the streets this Halloween than ever before.

Consumer confidence is rubbing off on Halloween participants as the economy continues to improve. A study released through the National Retail Federation said that 67.4-percent of people will buy costumes this year. This is the largest number since the study began 11 years ago.

Joel McNutt, director of Missouri CORE, confirmed the national statistic is not surprising because the mid-Missouri economy is getting better. He noted that Boone County especially, thanks to the SEC and all its visitors, is reaping these economic benefits through retail and the sales tax.

The study explains that the average person will spend $77.52 on a costume this year compared to $75.03 in 2013. Aaro Froese works at Gotcha in Columbia. He said fewer people are buying this year, but it has not affected Gotcha's revenue.

"The foot traffic has been less this year, but people are willing to spend more if they do purchase a costume," Froese said.

Although Froese saw fewer customers, he said it is still early, and he expects more procrastinators to flood in before the holiday.

Froese was not surprised by these statistics, but not because of the economy, because he sees Halloween as a time for people to treat themselves.

Although more people than ever will buy costumes this year, some are resorting to social media and websites like Pinterest for inspiration. The study said this year 11.4-percent of people will use Pinterest verse 9.3-percent last year. Froese saw some interesting ideas spark from this social media tred.

"You know, people coming in with their smart phones saying, 'I want to do this' or 'how do I do that?'" Froese said. "The best one is just the other week we had somebody go, 'I'm going to be a gone girl, which is pretty much a new modern twist."

But not everyone is turning to social media. For some, Halloween is a newer addition to their expanding families. Cheryl Maupin is a new mom to an 11-month old baby. Although none of Maupin's house is decorated, her baby will be.

"I think I've spent about the same amount, maybe a little more because I have a little pumpkin to dress up this year," Maupin said.

Maupin is aware of thirfier ways to celebrate the holiday, and knows, for some, it is a smart move.

"Especially with Halloween and what not, there's Pinterest and all these ideas as far as do it yourself costumes," Maupin said. "It's so much cheaper if you can put a costume together than buying an actual costume."

Boone County has a lower unemployment rate than the state as a whole as well as the entire nation, which contributes to its economic state. With this trend, Froese is excited customers are starting to embrace the holiday just a little more than in the past.

"We're seeing people let loose little bit with their purse strings going, 'nah, I'm going to go ahead and get that one extra item that makes the costume perfect,'" Froese said.

Although Gotcha sees many sales throughout Halloween season, it is not primarily a Halloween store. Froese won't know if his sales predictions are true until the end of the year when they calucalte and averge their earnings.

Halloween Sales Up for a Columbia Business