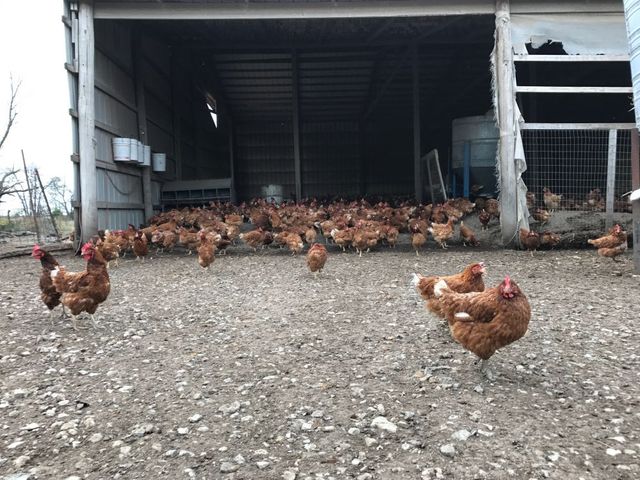 CENTRALIA - Supermarket food prices have experienced the largest 12-month decrease since December 2009, and some mid-Missouri farmers are out of business as a result.

The U.S. Department of Labor said retail food prices have fallen 2.2 percent over the past year. This price drop has affected products including eggs, beef and poultry.

Centralia farmer Dustin Stanton sells free-range eggs to 50 different outlets in mid-Missouri, including supermarkets like Hy-Vee, Schnucks and Lucky's. He said egg prices have dramatically fallen in recent years. Nationally, egg prices have fallen by more than 50 percent, according to the Department of Labor.

"The price is so low everybody has them," Stanton said. "There was one farmer that's been farming for 20 years and he, just a few months ago, had to give it up because the price was so low."

Stanton said he saw many farmers join the industry before the price drop because egg prices rose due to a bird flu. But now, he knows multiple farmers who couldn't afford to keep their farms and went into foreclosure with the price drop.

Boone County farmer Dan Kuebler, however, has not noticed significant changes to his prices. His farm, The Salad Garden, produces a variety of organic fresh produce. Kuebler said he has not been able to raise prices, but they have remained steady in the past year.

Stanton said his farm is not failing, but he hopes the egg market will even out within two years.

"You just take it as it comes, that's called life," Stanton said.