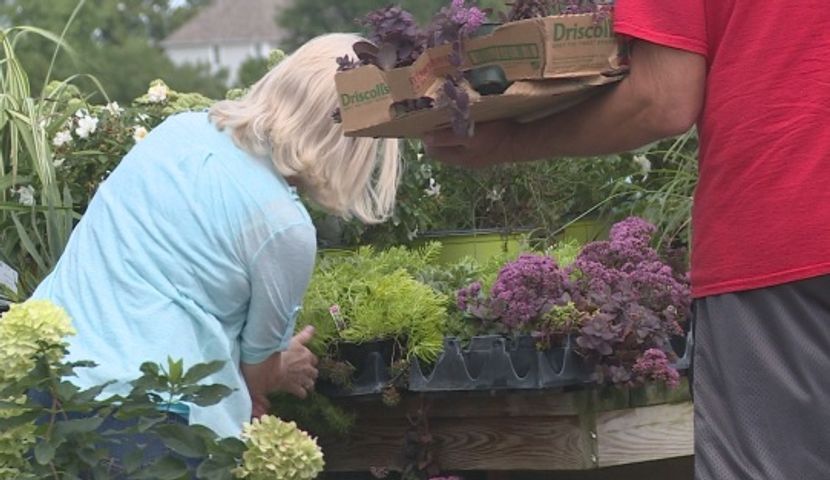 COLUMBIA - As the summer months come to an end and fall starts to creep up, mid-Missouri farmer's markets will continue to see a trend in shoppers.

Corrina Smith, the market manager of the Columbia Farmer's Market, said she has seen an 20-percent increase in the amount of visitors in the past two years.

Adam Saunders, the development director of Columbia Center for Urban Agriculture, sets up at the Columbia Farmers Market every week and said he agrees with Smith. He has been selling produce at the market for at least four years.

"Everybody eats, and everybody loves good food, so that's the spot to get the best food is the fresh stuff that was harvested that week real fresh, real local, and a lot of  care goes into that produce," Saunders said.

"I think the type of people coming is different. It's more of a family atmosphere and it used to be more of a younger generation thing, with college students attending." Stanton said. "Now, those students are grown up and are bringing their kids to the market."

The market manager of the Boone County Farmers Market said the increase in customers is true for them, too.

She said she thinks the biggest reason more people are flocking to get local produce is that shoppers are getting a better education on what they are eating.

"I think people appreciate the farmers raise the stuff themselves and they can go and ask the farmer any questions about the produce that they're selling. When was it picked? Was it sprayed? Is there any chemicals on it? All that stuff and that's something you can't do in the grocery store," she said.