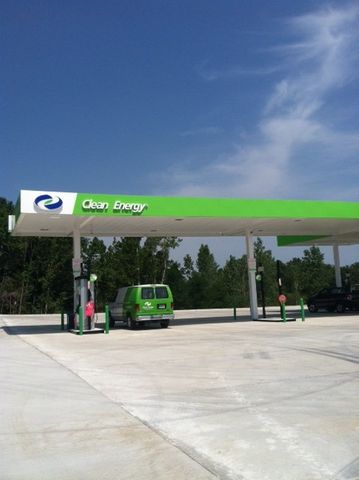 It will supply CNG, not only to government and private fleets, but also CNG vehicles owned by the general public.

"Compressed natural gas all comes from domestic sources," said Peter Grace, Clean Energy vice president of sales and finance. "It is much cleaner than diesel and gasoline, and the fuel is less expensive."

The new station will service some heavy city equipment, including waste removal vehicles, and Grace said they will not be as loud, which is an added bonus.

"I think you will find that the refuse trucks and busses run more quietly than their diesel counterparts," Grace said.

There are currently two CNG dispensers available for city use, and one dispenser for the public. However, city officials said that another pump could be added for the public if demand for compressed natural gas increases.