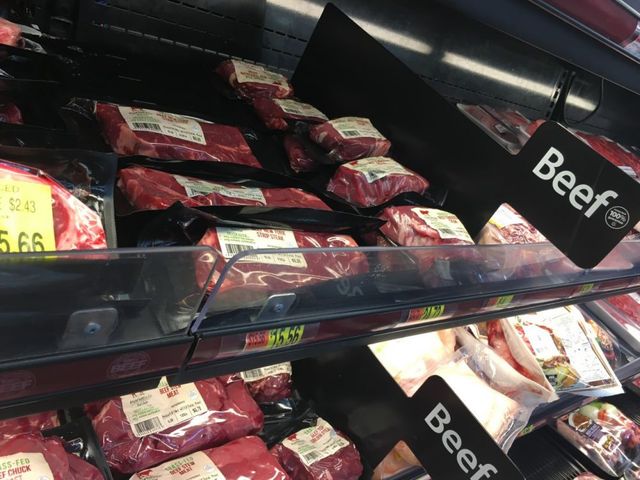 Investigators said the company paid off Brazilian health inspectors to overlook trace salmonella contamination in meat and other health violations in several of its Brazilian beef slaughter plants.

Representatives of the Missouri Rural Crisis Center said consumers have a right to know where their meat comes from, and the investigation's findings warrant the restoration of mandatory country-of-origin labeling. In a Facebook post last week, the organization urged Missourians to contact their federal legislators to encourage reinstituting COOL.

"Labels allows consumers to make informed choices about what they purchase," said Brian Smith of the Missouri Rural Crisis Center. "If they know where their food is from, they have the opportunity to investigate food safety standards in those countries."

But some state trade associations say the issue of mandatory country-of-origin labeling has already been decided and shouldn't be revisited, unless consumers are willing to pay the price.

Don Nikodim, executive director of the Missouri Pork Association, said country-of-origin labeling was a cost to producers and consumers and could have resulted in retaliatory tariffs by trading partners, further driving up the price of meat.

"We only import just over 10 percent of the meat we consume in this country," Nikodim said. "Under COOL, we go through all of these gyrations and expenses to label mainly U.S.-produced meat."

Until the repeal of country-of-origin labeling laws in 2015, meat processors were required to include labels on packaged meat products indicating where an animal was born, raised and slaughtered. The U.S. repealed COOL after the World Trade Organization ruled that labeling laws unfairly favored domestic meat producers at the expense of Canadian and Mexican producers. The ruling could have resulted in steep retaliatory tariffs by those countries.

"Let the marketplace work," Nikodim said. "If there's really a demand for labeling on meat, consumers will pay for it, and the entities that want to do it and charge for it will be able to do it on their own. Government-mandated labeling is a poor substitute for the marketplace."

Following the announcement of the JBS investigation, the U.S. Department of Agriculture's Food Safety and Inspection Service said it would be increasing scrutiny for Brazilian meat shipments entering the U.S. USDA officials said no meat from the Brazilian plants under investigation was sold in the U.S.